International power prog metal band BLACKWELDER have announced “Survival Of The Fittest” as the title of their upcoming debut album, due to be released on April 24, 2015 via German label GoldenCore Records/ZYX Music.

Hailing from the four corners of the world, BLACKWELDER is a brand new metal experience featuring some of the top names in Power Prog Metal today. Arguably the best singer in all of metal, Ralf Scheepers (PRIMAL FEAR, ex-GAMMA RAY) fronts this extraordinary outfit at the top of his game, alongside guitar virtuoso Andrew Szus (SEVEN SERAPHIM). Bjorn Englen (DIO DISCIPLES, ex-YNGWIE MALMSTEEN) and Aquiles Priester (PRIMAL FEAR, ex-ANGRA) round out this unstoppable team of what quite possibly could be one of the greatest lineups metal has ever seen.

The pre-mix of the song ‘The Night Of New Moon‘ can be streamed here: 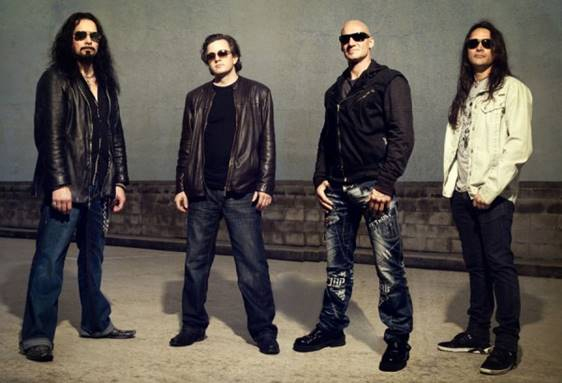 BLACKWELDER is a winning formula of raw musical virtuosity that holds the listener’s ears right from the start. This act is surely not one to be missed and cannot be denied.
www.facebook.com/BlackwelderMetal