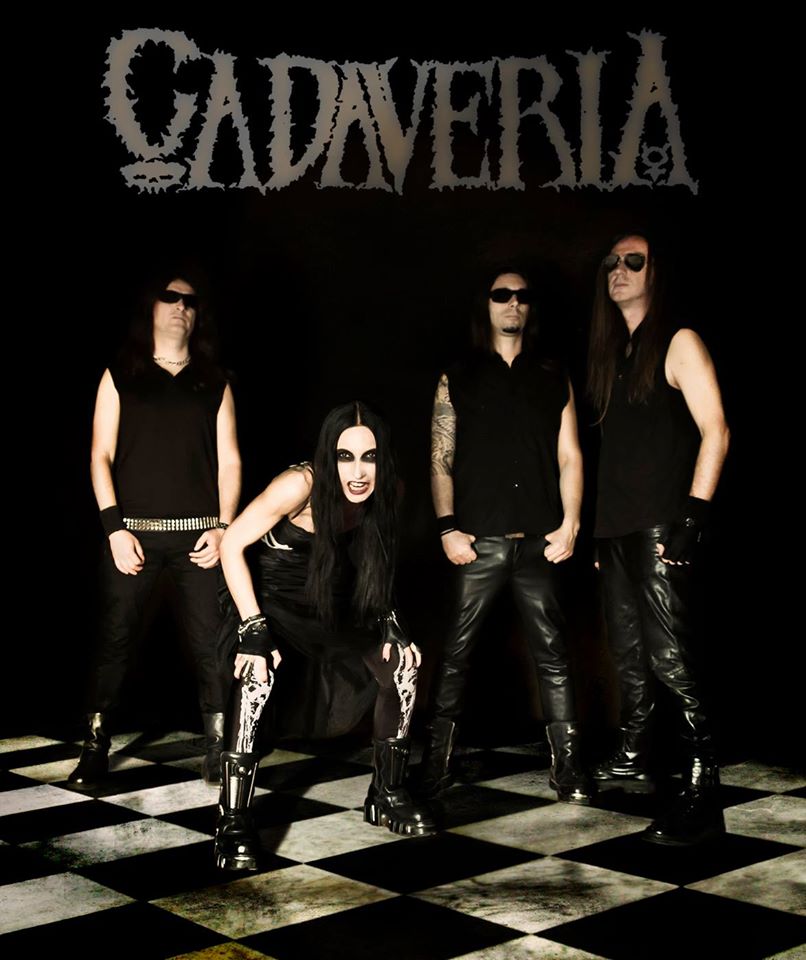 Rome, may 19 – Cadaveria recording new album with Necrodeath: a year and a half after the release of their latest album “Silence“, horror metallers Cadaveria have entered the recording studios to work on the production of an EP.

This work will represent something totally new in the history of the band, that this year celebrate 15 years of activity. In fact legendary thrashers Necrodeath, that share two band members with CADAVERIA (Flegias aka Marçelo Santos, singer in Necrodeath and drummer in CADAVERIA, and GL aka Peter Dayton, bassist in both bands), will take part in this EP.

Cadaveria herself has defined this collaboration “a blood pact between two diabolic entities that will give life to a new irreligious and obscure soul”.

The two bands have signed an agreement with the label Black Tears for the release of their EP in the European territory.