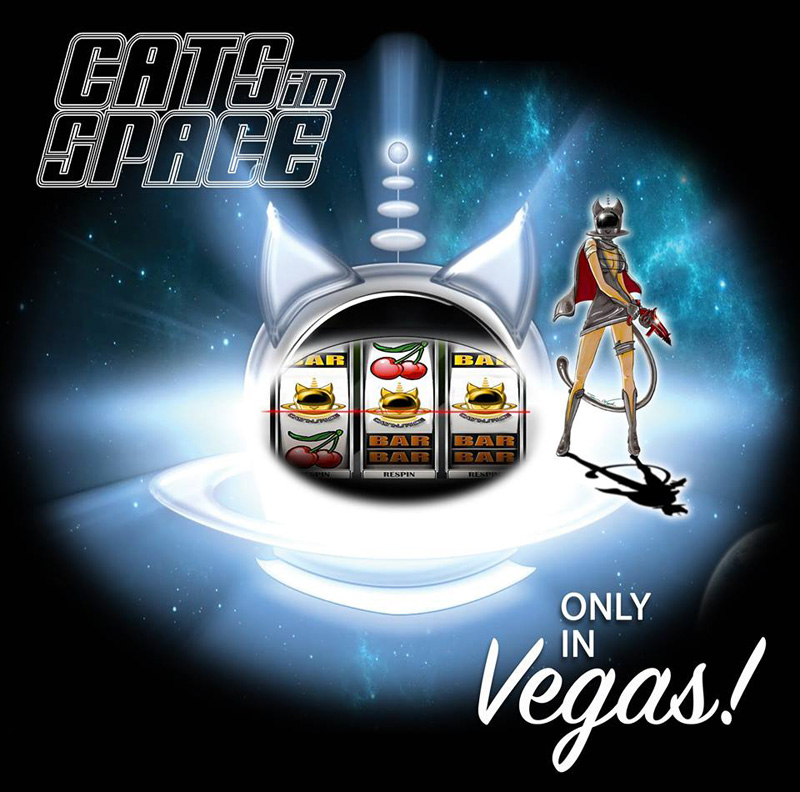 Rome, june 16 – Cats in Space release the new single & video “Only In Vegas“. It expresses a light hearted “ELO tinged” pop rock romp through the crazy world that is Las Vegas. The track is taken from their critically acclaimed debut album titled “Too Many Gods“.

Watch “Only In Vegas” video here:

Initially the track was a light acoustic “romp” that Mick Wilson and I agreed could possibly fill a gap as a “bonus” song, maybe perhaps as an album track. However, as in many cases in the studio, a song sometimes grows on its own and becomes something much more. Dean Howard laid down some amazing “Joe Walsh style” guitar, which kinda lit the blue touch paper, and the “Cats wall of sound” was once again implemented! Adding ELO vocoders, a Glenn Campbell style guitar solo played on a “Baritone guitar” and a wall of 40 harmony guitars, tons of vocals and lead vocal ad- libs by Mick Wilson, it turned the song into another huge production. At the end everyone was insisting this “had to be a single”. Who was I to argue? After all, it hit all the 70s iconic themes that I loved as a kid. It does in my opinion benchmark the fact that us Cats like to have fun sunny songs as well as the “Gothic sinister epics” in the “Cat repertoire”. We all need happy tunes in our lives, and this for us is the ideal song to play on a Summers day with the roof down as you blast along the motorways pretending it’s 1976, but respecting the national speed limits at all times of course..!