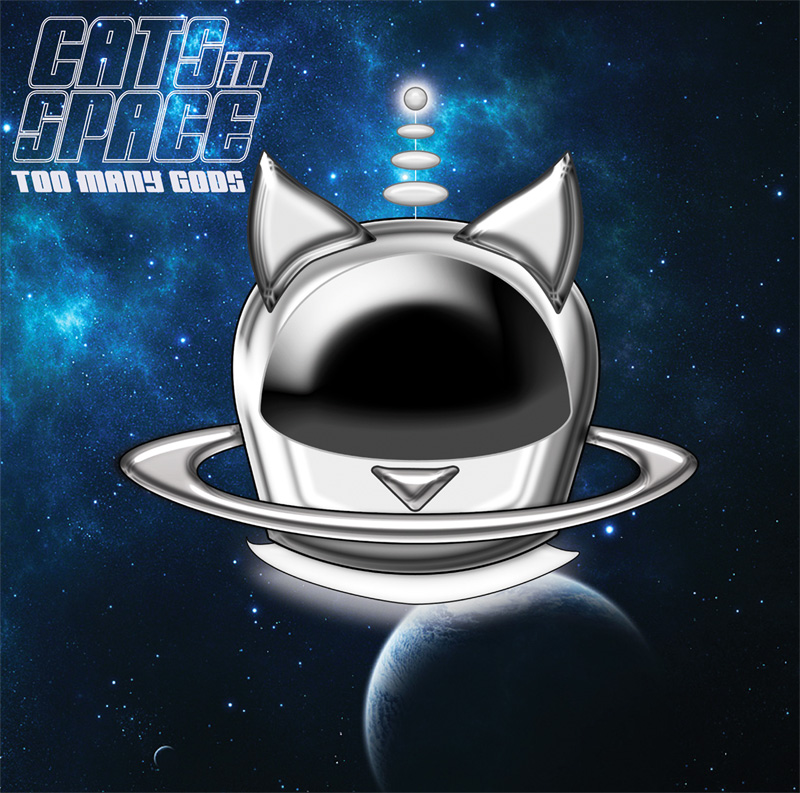 UK’s CATS in SPACE have landed! That’s the name of a brand new six piece band bringing its “power pop rock” to transport you back to the heady days of the ’70s, a time when bands like ELO, Queen, 10cc & Cheap Trick, in particular, ruled the airwaves. The band features members with a great experience in the music business for over 30 years, both as writers and performers for bands like: The Sweet, Asia, T’Pau, Ian Gillan Band, Mike Oldfield, Airrace & Arena to name a few.

CATS in SPACE debut album “Too Many Gods”  will be released worldwide on October 2, 2015, via Harmony Factory/Cargo Records.
The new album “Too Many Gods“, in typical vintage fashion, will be available in limited 12” deluxe gatefold vinyl and also as a replica LP Compact Disc and digital download.

The band has also released a debut single, named “Mr. Heartache“, with a digital download on SEPTEMBER 7th 2015.  Co-written by founder member and guitarist GREG HART and MICK WILSON (10cc), it also featured a guest appearance by legendary Glam Rocker ANDY SCOTT from THE SWEET on both vocals and guitar.

Tracklist of “Too Many Gods“

“Too Many Gods” was recorded and produced at Yellow Fish studios in Sussex, with long-term copilot IAN CAPLE.  All songs were written by GREG HART, or co-written by GREG HART and MICK WILSON, who also features on backing vocal and guest lead vocals, alongside PAUL MANZI, creating a spectacular result…  Also, for the album’s centerpiece, the band recruited legendary producer and orchestral genius MIKE MORAN, famous for many musical contributions including FREDDIE MERCURY‘s “Barcelona“.  Mike arranged and scored an 80 piece orchestra for the seven minute epic “The Greatest Story Never Told“.

With soaring skyscraper vocal harmonies, hook laden choruses, drenched in guitars, vintage synthesizers and orchestrations, the “CATS in SPACE” pull no punches in delivering their symphonic “Power Pop Rock” and hide no influences along the way.  As the band say, this album is “All killer, no kitty litter!” 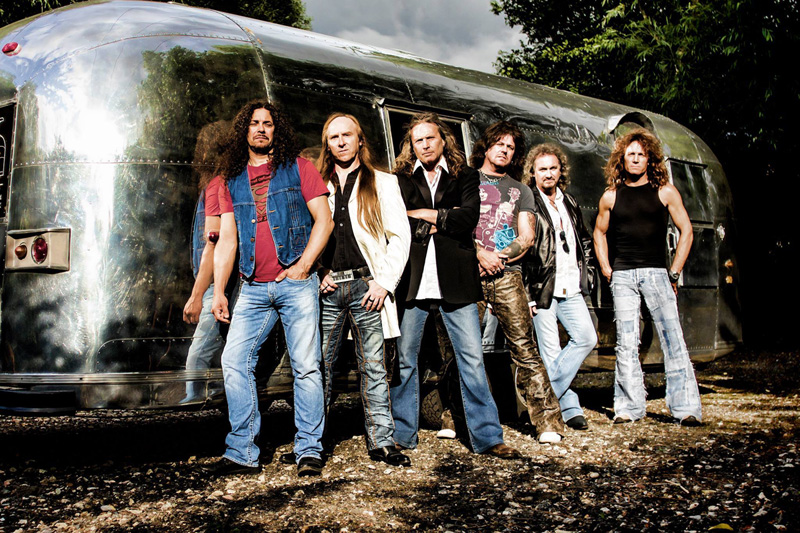