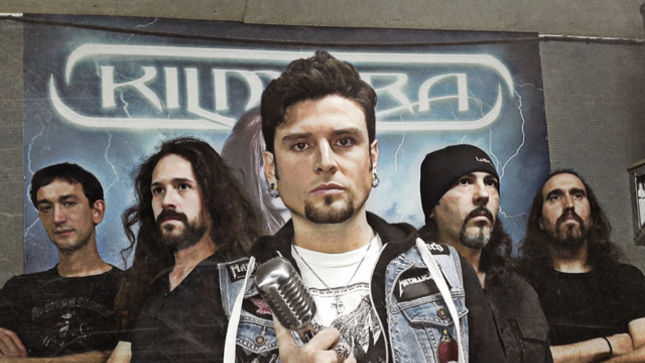 The break with singer “Christian Wolfgang Kohl” has been done in a friendly manner, the rest of the band members intend on continuing to forge, maintain and increase the status that they have worked so hard in building these past 15 years with KILMARA.

Daniel Ponce began his career as a singer, studying the voice and becoming a part of numerous projects, most of them related to hard rock and heavy metal, that gave him the opportunity to perform all around the Iberian Peninsula, some points of Europe and even in a few venues at Los Angeles in California.

The truth is that the try outs to become the singer have been very very hard and I know that there were very talented candidates also trying out for the position… So I really want to thank my band mates of KILMARA for trusting in me and for choosing me. And I want both them and the fans to know, that I will strive to the maximum to keep KILMARA’s name and legacy high where it belongs! Destiny has given me this chance and I don’t intend on letting down!!!