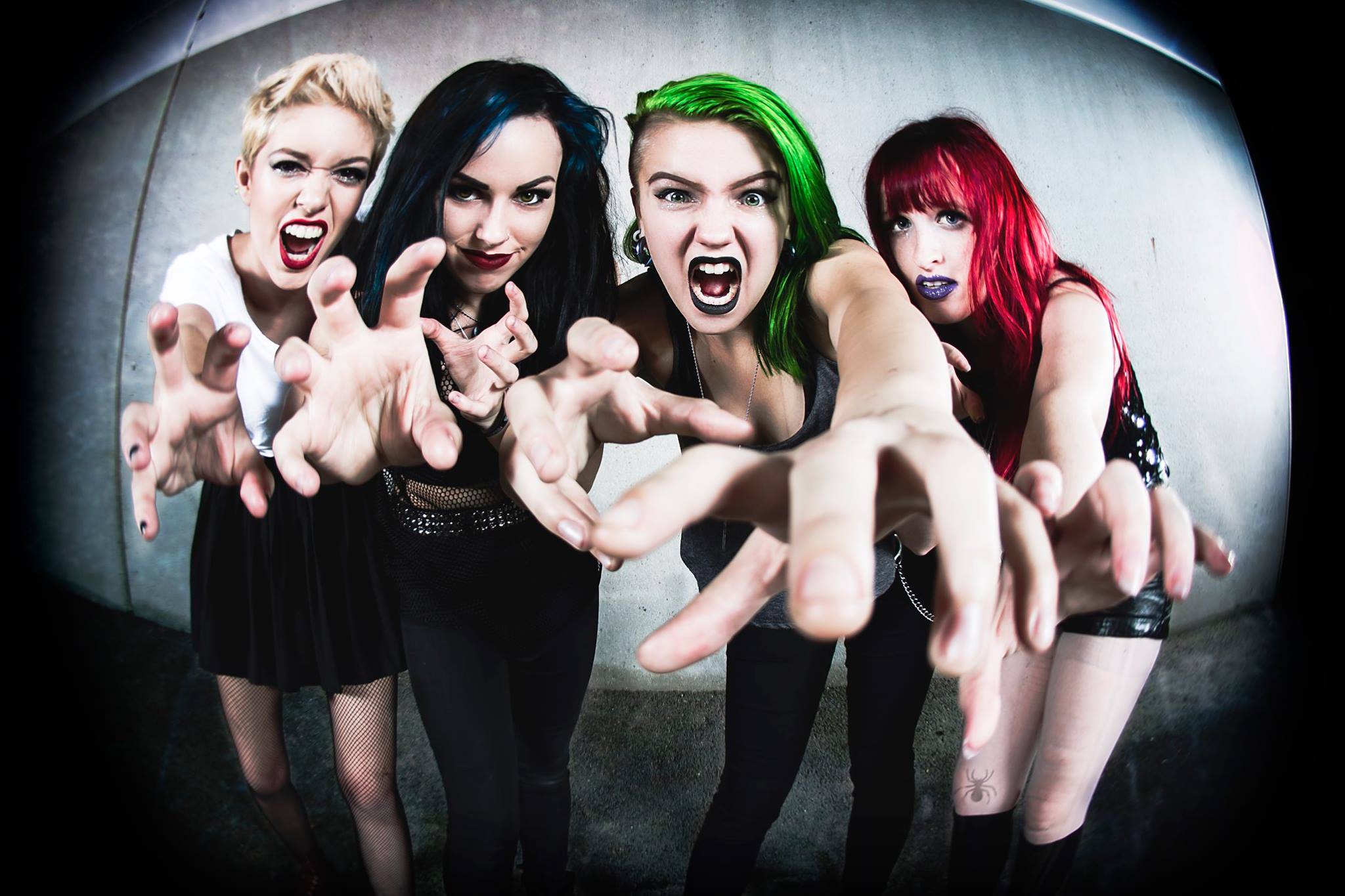 The band has quickly become an up and coming band that is hard to take your eyes off of. With highlights including performing on SHIPROCKED CRUISE with Five Finger Death Punch, Halestorm, Seether, Hellyeah, and more, an appearance at 2016 Winter NAMM including massive signings with Lita Ford and Megadeth‘s David Ellefson (and a well-received performance at the annual Indie Schecter Guitars Party), and a string of West Coast dates supporing metal supergroup Metal Allegiance, culminating in a performance at The legendary Whisky a Go-Go as part of the Lemmy Kilmister memorial.

The debut video “Family of Strangers” has already reached over 40,000 views via Vevo and Youtube, and the band just released the lyric video for their recently released second single “Wring Me Out”, unleashed earlier this month.

Watch here “Wring Me Out” from Doll Skin