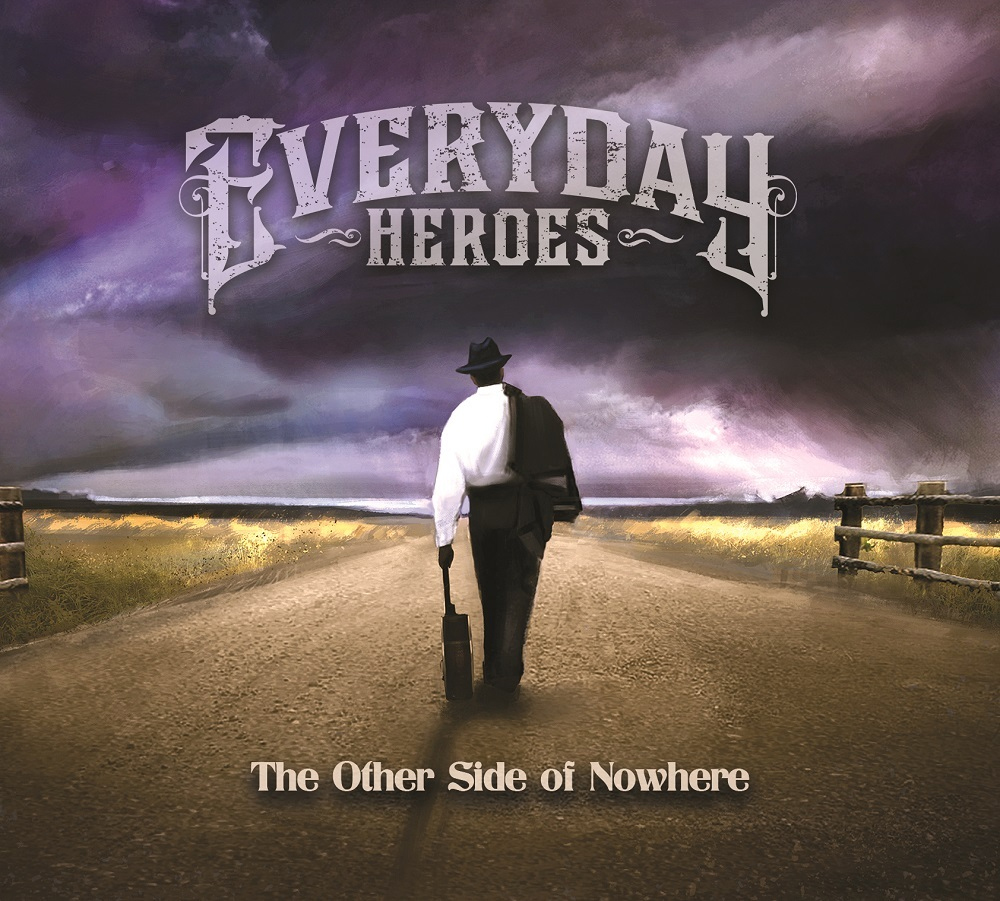 September 11, 2017 – South Wales Hard Rock Band Everyday Heroes has released the official music video for their track “The Ballad of Robert Johnson“. Song is taken from their EP, “The Other Side of Nowhere“. The sophomore effort showcases the band’s individual songwriting skills, resulting in richly diverse riffs, infectious melodies, focused rhythms, and complex lyrics.

Everyday Heroes are quickly becoming one of South Wales’ hard rock heavyweights. With a pounding rhythm section, monster riffs and choruses to get everybody purring along. EDH want nothing more than to bring their own blend of rock’n’roll to take the UK by storm.

[blockquote]Rock’n’Roll is nothing without it’s story, so when the idea of writing a song about Robert Johnson was put on the table, we knew it’d be a great way to honor the blues that influences our sound. It’s always been a fan favorite live and, given the creative potential of the subject matter, it was an easy choice to use for our first music video.[/blockquote]

“The Other Side of Nowhere” Track List:
1) Storm
2) Little Bit of You
3) The Ballad of Robert Johnson
4) Take Me Home
5) The River

Singer/lead guitarist Luke Phillips and drummer Jay Haines formed EDH in school. With Jay originally playing rhythm guitar, during the peak of bands like Bullet for My Valentine and Trivium. Like any young artists, their influences formed their early writing development, as is evident in EDH’s earliest recorded material. The band continued in this vein throughout their student life, but it was just that life that separated the duo from their then bassist and drummer. It was around the same time that current rhythm guitarist Daniel Richards parted ways with Newport metal outfit We the Deceiver. Already friends with Luke and Jay, he was promptly asked if he’d like to join a revamped EDH line-up, with Jay moving to the drum kit. Soon after, the boys were introduced to talented young bassist Lewis Watkins, and it didn’t take long for them to realise what his musical insight could bring to the band.

Since then, the boys have worked tirelessly writing a plethora of original material, drawing influence from bands like Black Stone Cherry, Guns N’ Roses, Alter Bridge, Theory of a Deadman, Nickelback, and many more.

After winning a tough battle of the bands contest in Cardiff, the boys were invited to play at Steelhouse Festival 2016 – the biggest show any of them had ever taken part in! There, they shared the stage with rock legends including Thunder, The Darkness, and The Answer. This coincided with the release of their long-awaited 4-track EP debut.

2016 has been a huge momentum swing for EDH so far, and that’s not about to stop! The next year is about not only pushing their set of well-travelled tracks to fans around South Wales, but showcasing their songwriting talents to crowds all over the UK.