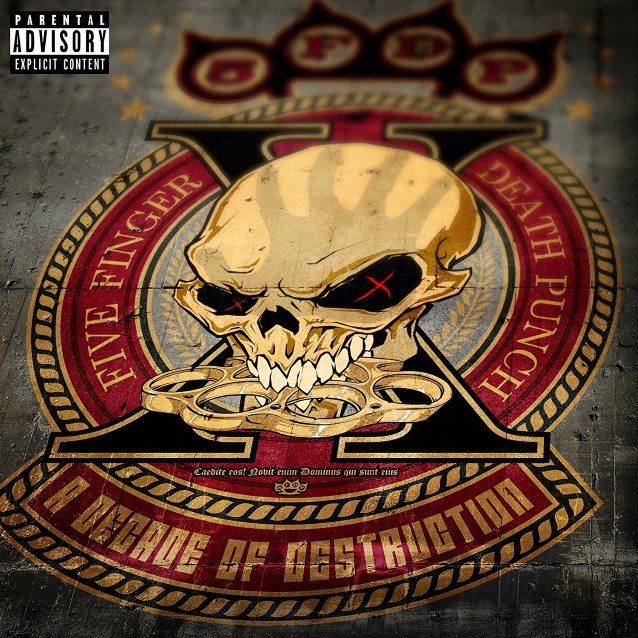 Las Vegas – based multi-platinum hard rock band Five Finger Death Punch, have released their greatest hits album “A Decade Of Destruction“. The band is also celebrating the RIAA platinum certification of their 2011 album “American Capitalist“, and 2013’s “The Wrong Side Of Heaven And The Righteous Side Of Hell, Vol. 1“.

The album contains a collection of the band’s biggest hits to date including #1 hits “Coming Down“, “Lift Me Up“, “Wash It All Away“, “Battle Born“, and their biggest song to date “Wrong Side Of Heaven” (182m YouTube views).

The compilation includes two new tracks – “Trouble” and “Gone Away“, a rock ballad cover of the 1997 song by The Offspring which both serve as the first new music from 5fdp in over 2 years. “Trouble” has already seen much success as it hit #1 on the iTunes Metal and top 5 positions on the Rock charts around the globe. Additionally, the song has racked up over 2 million streams worldwide in just a few weeks making it the band’s biggest streaming debut for a lead track. Complete track listing for “A Decade Of Destruction” can be found below.

“A Decade Of Destruction” track listing