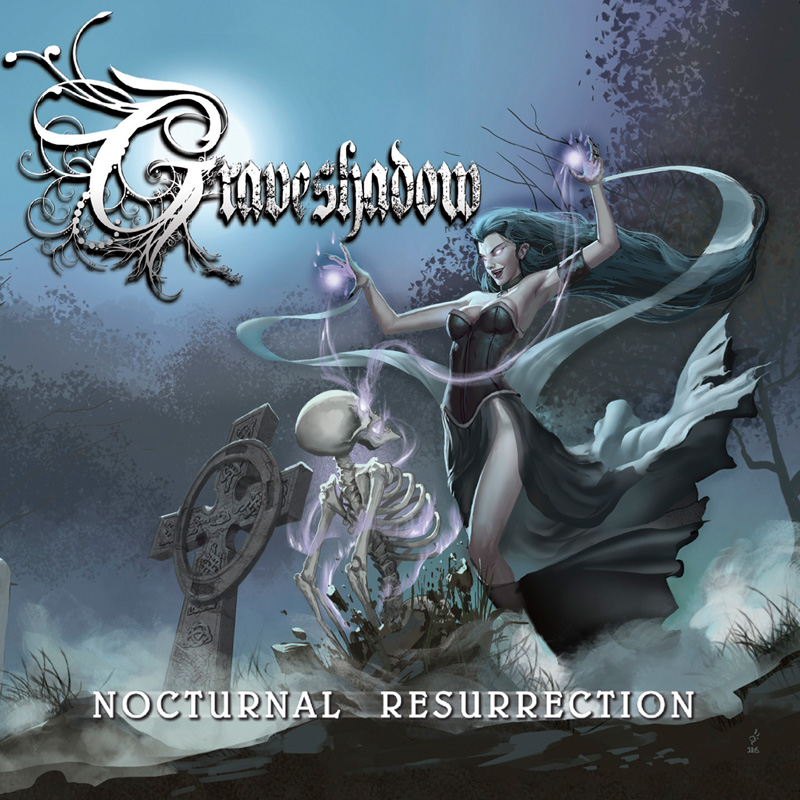 Rome, november 9 – US metallers GRAVESHADOW have released a video for the track “Namesake“, taken from “Nocturnal Resurrection“, the band’s debut album due to be released in Europe on November 13th, followed by a North American release on December 13th via Mausoleum Records.
The video was produced and directed by: Ethan Parilla @ Atrocious Works.

“Nocturnal Resurrection” was produced by Matt “Hazmatt” Thomas (Fallrise) and mixed/mastered by Emil “Nightmare” Nodtveidt (Deathstars). Adding to this, powerhouse vocalist, Ralf Scheepers of Primal Fear, was brought in to sing guest vocals on the Doctor Who inspired song “Blink“.

Here the Tracklist of “Nocturnal Resurrection”: