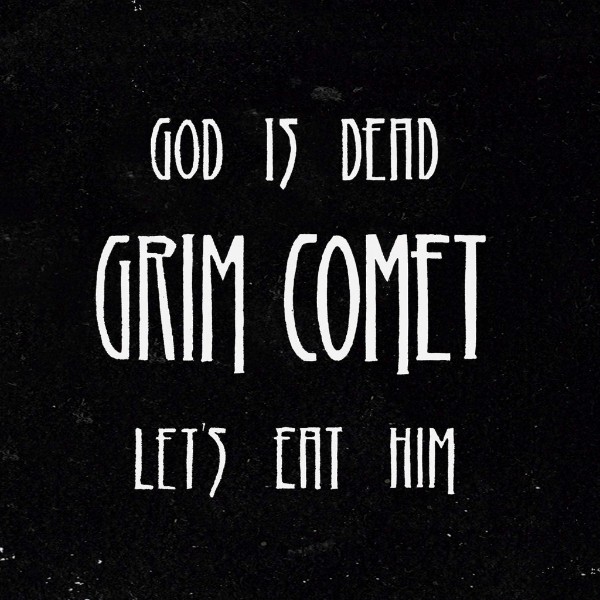 Rome, april 16 – Grim Comet, the rock trio captained by Willy Black is back with a new work titled “God Is Dead, Let’s Eat Him“.

About “God Is Dead, Let’s Eat Him”, Black himself stated:

Since “Pray for the Victims” was released there have been lots of changes inside and outside the band. For this record, we were looking for a darker sound to reflect those changes without losing our influences from the 70’s. So that’s pretty much what you are going to hear: a really dark, obscure, grim album filled with melodies and astounding guitar solos. The name of the album basically means change to us. We think we need to take a look at what’s happening right now in our scene, see how our references/models are doing, see how things work. And if those things aren’t strong enough, we’d better destroy them and build stronger ones.

“God Is Dead, Let’s Eat Him” tracklist will be composed by the following tracks: