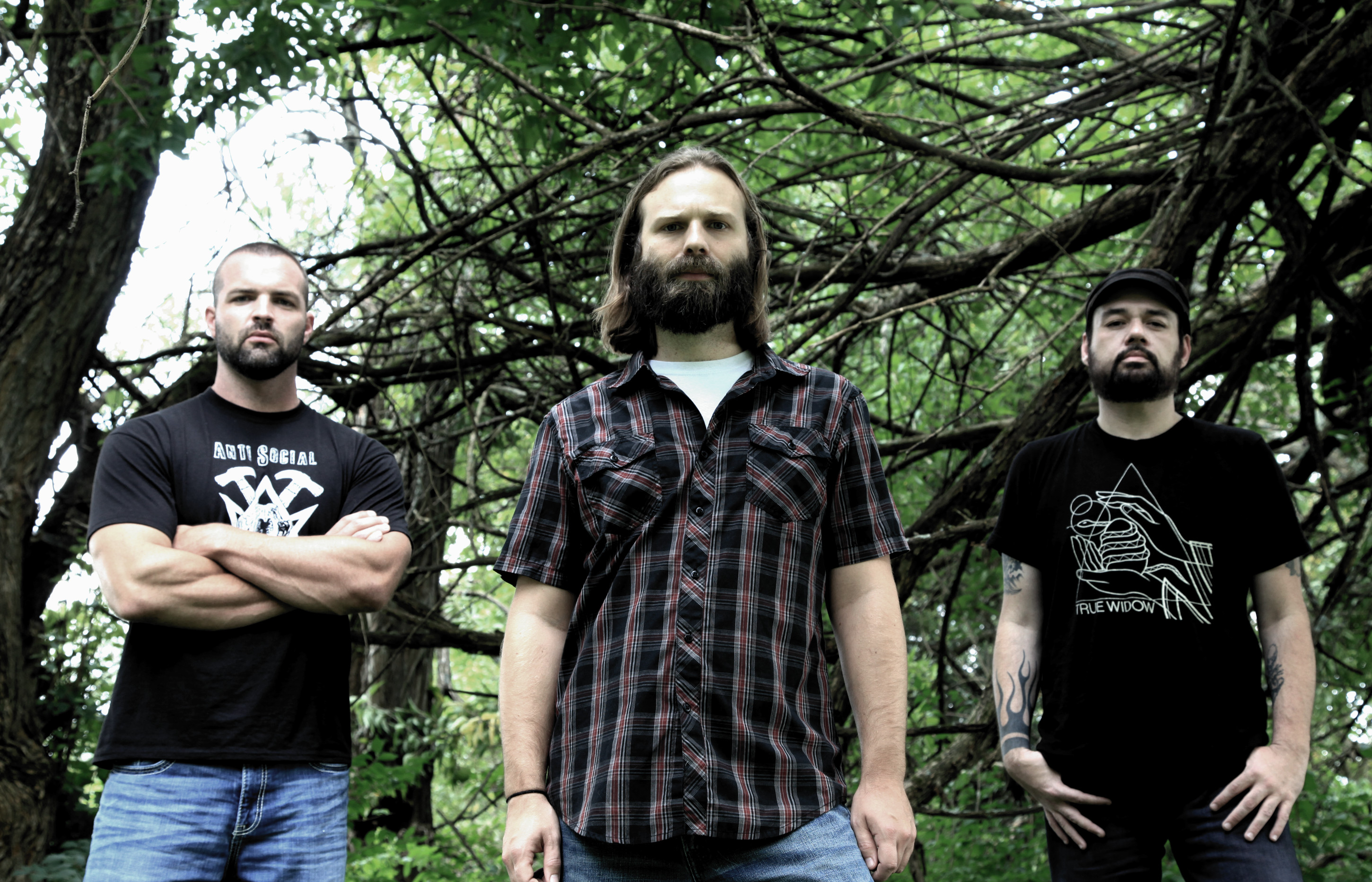 Let’s start from your last release, “Beneath The Dark Wide Sky”. That’s your 3rd full length out on july 22nd, how is it different from your previous albums?

I think this album is our attempt at trying to be more deliberate with our song writing decisions. We were very focused on trying to be more specific with what we were expressing. The first 2 albums were more experimental in that we were trying to figure out what was comfortable and possible. We were trying to figure out what tools we had in our tool box so to speak. This album was less about finding the tools of expression, and more about using the tools we had developed more deftly and powerfully.

Let me tell you “Let The Light Flood In” is an amazing song… why did you decided to use the black and white technique for the videoclip?

The song is about a photographer from the 1930’s named Dorothea Lange. Her photographs of the Dust Bowl were used to inform the entire album. Since her photographs are black and white, we wanted to keep the video in black and white. The song is about the function of a camera, letting light flood into the lens to create the image, but also on a social and spiritual level of letting knowledge enlighten and “move you past your own indifference”. Another way to think about it is to ask the question “do aesthetic artifacts, like photos, paintings or songs, help us engage the issues of the world more deeply”? This was what Dorothea Lange was motivated by.

We read that Dorothea Lange’s photography for Dust Bowl from the 30’s inspired your album, did it happened by chance? How did you find those pictures and who had the idea?

I studied her work in graduate school when I was thinking about the intersection between art and activism. I knew I wanted to use her work around the Dust Bowl as a way for us to think about the current economic and environmental issues we now face globally. There are strong parallels and it is a great lens to think about how we can respond to these larger issues.

Which is the message you intend to leave to the audience with this album?

I am not sure what people will feel when they listen to the album. On one level, I just want the audience to enjoy the aesthetics of the album, the songs, the melodies, the structures, the lyrics. On another level, if someone wants to spend more time with the album, they might find that the album is asking questions. It has no answers in it, no solutions, it only offers an emotional or affective space to draw one closer the struggles presented. I hope some people find it disorienting or destabilizing and find that to be inspiring. Again, aesthetics can inform and motivate, they help us conceive of the world in new ways. They can challenge and complicate our assumptions. I don’t know if we have succeeded in creating a work that does this, but it certainly is a hope.

As you stated, Nick Raskulinecz has been a great input for “Beneath the Dark Wide Sky”. What did you get mostly from his collaboration?

If I had to sum up his contribution I would say it was his ability to hear the strengths of a song, or a performance and utilize it in the most interesting or affective way possible. We had been working on these songs for a year before he came in and his fresh set of ears heard things we could no longer hear. It was that distance plus his enthusiasm for the project that made it a successful collaboration.

Talking about life of musicians… did you remember the exact moment when you realized you wanted to become professionists? How did you start your career?

I don’t remember an exact moment, but I do remember a time when I was around 14 feeling I had a knack for it and that I would love to find a way to play all the time. At that age you don’t understand much of how the world works so I wouldn’t call it professional ambition, but I certainly felt called to do it for the rest of my life, whatever that meant. I have since been trying to understand what a lifelong commitment to this art means, and how to create a sustainable practice that isn’t too bogged down with the realities of everyday life. It has to be a protected space and I have worked with Joey and Chris to create a space we can thrive in.

You’ll be on stage for two dates at end of august, (20th in Lexington, KY, and 26th in Nashville, TN), are they part of a promotional tour?

I actually see those as warm up shows! We don’t get to play as often as we would like so we needed a few gigs to get our heads back in that live space. We are hoping to put together a European tour and these shows are our chance to reconnect with our local supporters and begin prepping for longer tours.

What does it mean for you to play on a stage?

The live aspect of Dream The Electric Sleep has been underdeveloped in my opinion. Live has always been a place to try and reconnect with that vital center of music, to engage in that relationship with those in the audience. Music is fundamentally about this. If we didn’t play live, we would just be a studio band, and none of us ever wanted that. We are now in the process of trying to figure out how to ramp up that live part of Dream The Electric Sleep so we can continue to connect with audiences all over the world.

Is there any place or venue you dream to play at?

Personally, I don’t have a specific place, more of an image of the kind of relationship I would like to have with an audience. The scale of it isn’t the thing I think about, or the specific place, but more about what happens between the performer and the audience. A stage can be a place for entertainment, but it can also be a place for consideration. I would like to try and create that kind of space where the two are present.

Can you make a living out of music?

I don’t know anyone personally making a living from original music. The business seems to be in disarray and the bands, even if they are making money, aren’t making enough to live a sustainable life. It is a sad thing to think about for me. Every band I talk to tells the same story. They make almost no money on the road, the labels typically get any profits from album sales, there is no money in streaming etc… Things may change, but it is dark out here. I think music lovers would be shocked if they could really see behind the glossy photos in magazines. It might look like things are like they used to be. The image of the business tries to maintain a successful front, but behind the curtain, there is some whacked out stuff taking place!

Which are your plans for the near and far future?

We plan on producing more albums and playing live whenever there is good opportunity to do so. We are currently writing again and are very pleased with the new material. We will continue to push for US and European tours as well.

Would you please greet Rock by Wild’s readers in Dream The Electric Sleep style?

Anyone that knows about this band knows we are humble people. Let me express our deepest gratitude to those of you who have supported us by purchasing our music. You are the ones that make this possible, and without you we couldn’t push forward to create meaningful art. Thank you ITALY!!!! We hope to meet you all soon!!!!

Thank you very much! We hope to see you in Italy! 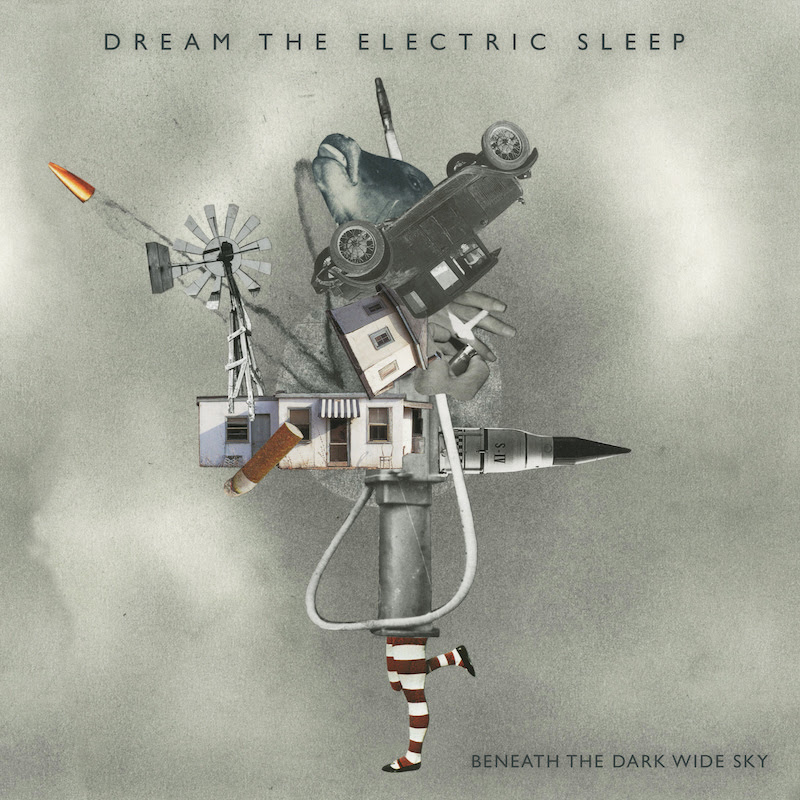 Dream The Electric Sleep line up