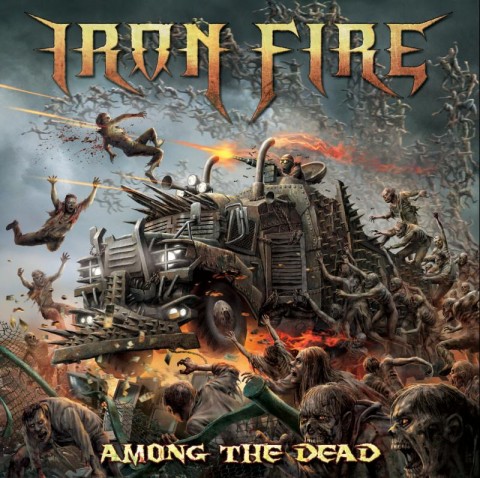 Veteran Danish Power Metallers Iron Fire have released an official video for the title track of forthcoming album “Among the Dead“.
Want to Headbang like it’s 1999? Then this album should be your obvious choice. The new offering from Iron Fire is as old school as it gets 16 years into the millennium. The 90s spawned a lot of power metal classics, and this release is made in the spirit of those. Albums like “Black in Mind” (Rage), “The Dark Saga” (Iced Earth) and “Better Than Raw” (Helloween) were all blueprints for the making of “Among the Dead“.

Iron Fire will release their 8th full-length album “Among the Dead” September 16 on Crime Records. The album will be available on CD, cassette, and vinyl LP formats. Recorded in Death Island Studio with engineer Marco Angioni and Mixed in Poland’s Hertz Studios, heaviness is guaranteed, along with melodic hooks, blistering guitars and pounding power metal drumming. This is no-bullshit metal from the heart, made by Denmarks finest power metal band!

Watch here “Among the Dead“

The album’s first single, “Tornado of Sickness” is streaming here:

“Among the Dead” Track Listing: