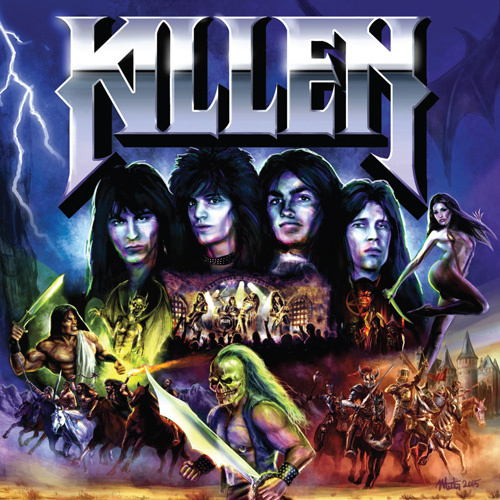 The band will showcase their new electrifying line-up in Europe at the 2016 Headbangers Open Air Festival in Germany with other European and US tour dates to be announced shortly.

Killen has recorded in my studio many times over the years, so I’ve known and am very familiar with their music. I’m very excited to be able to play these songs live during future shows in Europe and the United States. Long live true heavy metal…

We are psyched and honored to have Carl behind the kit. Carl’s a monster on the drums and a metal icon.

The original debut self titled album “KILLEN” was recently re-mixed, re-mastered and re-released on CD and vinyl by Greece based record label Sonic Age Records / Cult Metal Classics in summer 2015. The new CD comes with new cover artwork, the “Restless is the Witch” EP bonus tracks and a 20 page booklet which includes rare photos / lyrics and full band history.

Here’s the Tracklist of “Restless is the Witch“

A 100 copy limited edition Box Set is also being released by Sonic Age Records / Cult Metal Classics during October 2015. The massive collectors set includes CD and vinyl copies of the re-mixed / re-mastered KILLEN album along with a poster and t-shirt.