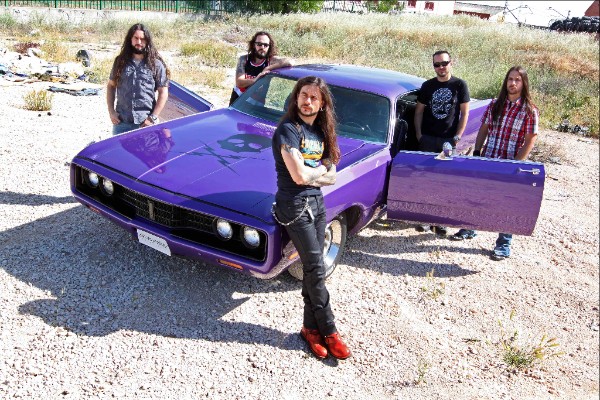 Rome, december 21 – The band Leo Jimenez join Art Gates Records as the new artist in its roster with the purpose of being represented in Europe & Asia.

Located in Madrid (Spain), the sound of the band consists in a proper combination between Pantera’s Groove Metal or Machine Head’s guitar riffs and the most classical Heavy Metal in the vocal lines. The band is also influenced by recognized artists such as Judas Priest, Helloween or even Manowar and Iron Maiden.

Leo Jimenez has performed at the most important festivals in Spain, such as Viña Rock or Leyendas del Rock. This year the band has been included in the Full Metal Cruise organized by Wacken. The outfit shared stages with Accept, Annihilator, Arch Enemy, Doro, Blaze Bayley, Kreator, Hammerfall, Testament, UDO, Venom, Volbeat, W.A.S.P and many others. After conquering Spain and America, Leo Jiménez start its path in Europe and Asia through Art Gates Records.