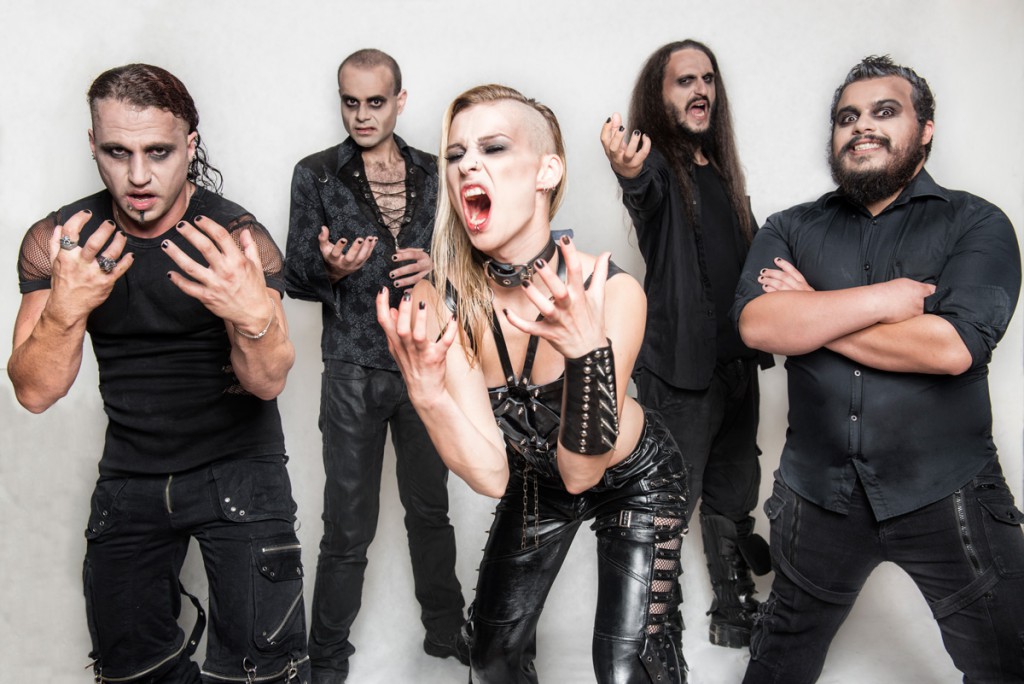 Rome, november 5 – MartYriuM is a five-pieced combo formed by Count Mortem in 1999 in Malta. The style diversity of the band contains Industrial elements combined with Black and Death Metal influences. Each song has a unique dramatic passage to set up a dark mood, along with brutal growls, clean vocal decorations shredding riffs and occult lyrical concepts.

The band has now signed with Art Gates Records for the release of its 4th album, of which no detail has yet been unvealed.

MartYriuM appear on stage as a female fronted band, behind pale corpse paint portraying an image of modern black metal subculture.
What captivates the people during a MartYriuM gig is the hellish chaos spawned from stage, invoked by the coming together of a restless energy united by each member.