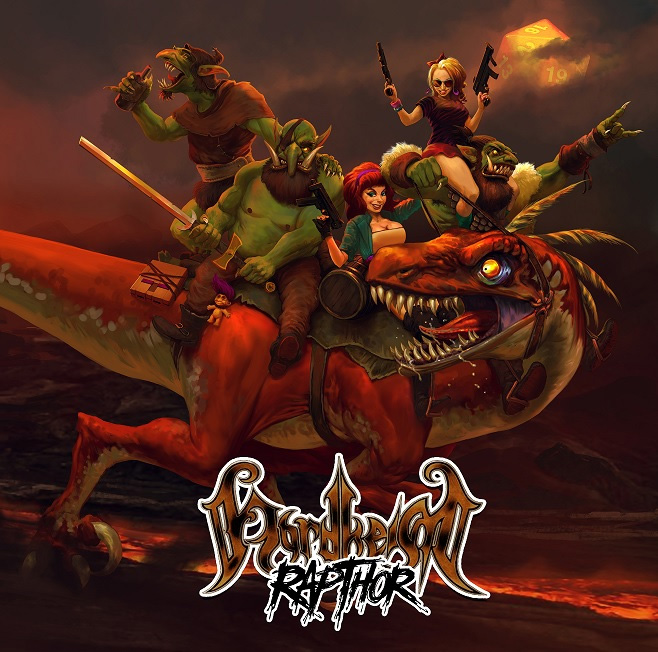 Returned in 2017, Nordheim is unleashing their latest offering “RapThor“, now available as of November 24th. This quartet of dungeon and dragons enthusiasts’ philosophy is simple: the band wants to make fun folk metal, which is evident in their previous releases “Refill” (2013), “Lost In The North” (2010) plus being Wacken Metal Battle Canada finalists in 2015. Influenced by bands such as Finntroll, Ensiferum, Kalmah and Wintersun, Nordheim‘s third studio album is eight tracks dedicated to the epic flavour of bacon, the colossus power of dinosaurs and more with such titles as “Troll Riding A Raptor“, “Boobs And Bacon” and “Dragonthorn“.

Listen to their single “I Wish You Were Beer“

We want to give the fans one of the heaviest and nastiest folk metal albums to date with “RapThor“. It is different from our first two. We had great feedback when we played the songs live. This album is the heaviest of them all while cutting back on the European folklore influences. It’s the result of our hard work over the last few years. It is super-heavy party music!

As the Quebec City band plans show dates for 2018, they want fans to really know their sense of fun.

When we play live it’s a frickin’ party! We move a lot, scream, hump the air, we drink from the fans’ beer bottles and in turn, we feed them beer, with the help of our friends and roadies coming up on stage and pouring beer in their faces. Usually between songs I’ll be making jokes about anything I can think of, as long as it’s dumb and incoherent! We have a strong sense of ‘bro-ness’ with our fans!