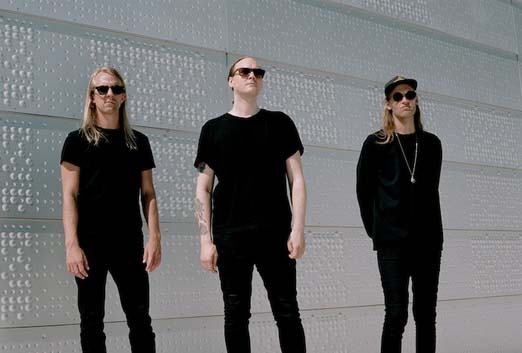 Norwegian quintet Okkultokrati has just released a video for the title track to their impending “Raspberry Dawn” album. The release will be available through Southern Lord later this month.

Okkultokrati sounds like they’re playing to you from a different dimension. Lead by grand visionary and songwriter Erik Svarte, their new album “Raspberry Dawn” is weird, wired, and quite possibly the holy grail for those looking for radical rock reinvention and new sensations in the current era.

The new video was directed, shot and edited by the Norwegian photography collective Born for Burning (B4B).
Here’s more from the director…

The video consists of footage from an upcoming documentary about the Norwegian cult artist Jernjern. Jernjern’s energy and charisma mirrors the power in Okkultokrati’s sound. The two are a perfect match, and the grittiness of the Norwegian small town Sarpsborg is a showcase with style.

The band’s Erik Svarte issues some insight on the creation of the video and album:

Our 2014 album was about the “Night Jerks”. The creeps that come out at night, lurking the streets up to no good. That album is a picture of the darker sides of human lives. “The Raspberry Dawn“, on the other hand is a distraction to all of this. When the night turns into dawn, before the sunrise, the surroundings interfere with these darker sides of the urban nighttime. This moment, when the sky turns pink, can fool the shittiest person and make their focus shift to the next day and those hours of innocence until their mischief once again begins. The scummier a man is, the more important this rebirth is. This video shows a few night jerks celebrating the raspberry dawn.