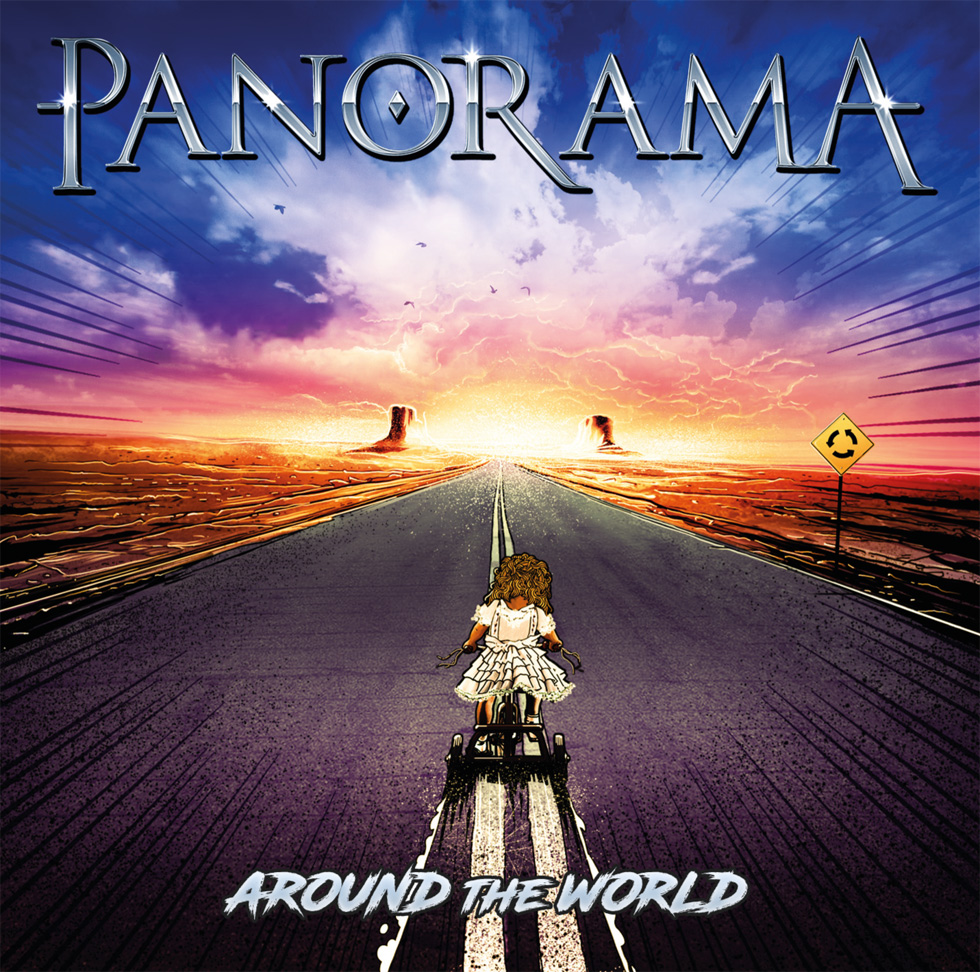 Swiss/Finnish/American hard rockers Panorama have released a lyric video for “Around The World“. The song is also the titletrack of their debut album, out on January 12, 2018 via ROAR! Rock Of Angels Records. The album is produced, recorded, mixed and mastered by Dennis Ward (Unisonic, Pink Cream 69). The cover artwork was made by Stan W Decker (Masterplan, Vanden Plas, Resurrection Kings, Stryper).

“Around The World” Tracklist

Watch “Around The World” here

In 2008 the Swiss guitarist, Sammy Lasagni (Gods of Silence, ex Kirk, ex Godiva), met the Uruguay born singer Christian Palin (Random Eyes, ex Adagio) for the first time when Godiva supported the band Adagio – fronted by Christian. The chemistry between the two was immediately obvious so they decided that they would, at some point in time, try to make music together. The two kept in contact but the years plodded along until 2015 when a certain long telephone call on a cold winter’s day changed everything. Right then and there they decided to get to work. They began writing songs and in record time 15 new songs were born. They decided to work with Dennis Ward as a producer. The guys soon after met with Dennis and introduced their songs. Dennis was genuinely impressed. So impressed that he agreed to work with them and joined the band not only as producer, but as a bass player too. The guys completed their line-up with Finnish guitarist, Ben Varon (formerly of Amoral and Grease Helmet) and Swiss drummer Philipp Eichenberger (Gods of Silence, ex Kirk). Panorama was born!

Under the direction of Dennis Ward, who took over the whole production (produced, recorded, mixed and mastered), the band recorded their debut album “Around the World” partially at HOFA studios in Karlsdorf Germany and at The TrakShak, Dennis’ private studio. It was a long process but the album turned out fantastic. A Hard Rock production with a bit of Scandinavian influences and Christian has proven himself to be a world-class singer.