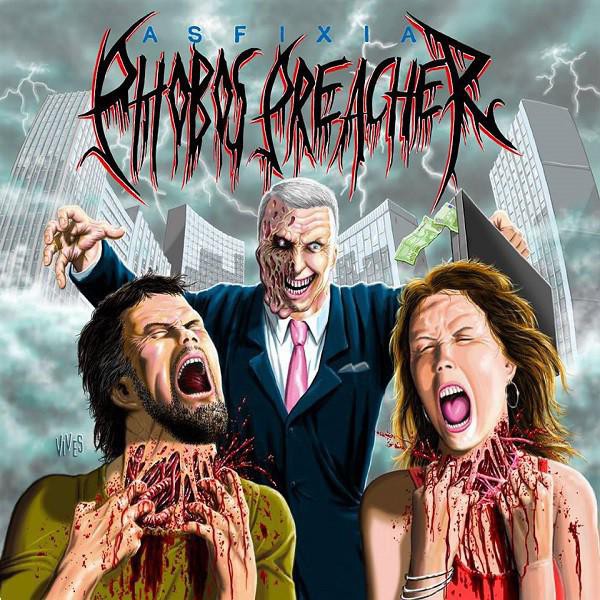 Rome, december 11 – Death/thrash metal combo from Spain Phobos Preacher is about to release “Asfixia“, which is going to be the name of new and second LP from the band. It will be available in Spain and Worldwide.

After revealing the cover artwork, title and tracklist of the album, now is the turn of the video-teaser which contains exclusive sound.

The album has been recorded at Hell’s Studios by Ruk Nebur in Villareal (Sp), produced by Ruk Nebur and Phobos Preacher and mastered by Daniel Cardoso (Anathema, Angelus Apatrida, Noctem).
“Asfixia” counts with the collaboration of Beleth, vocalist of the extreme metal act Noctem.