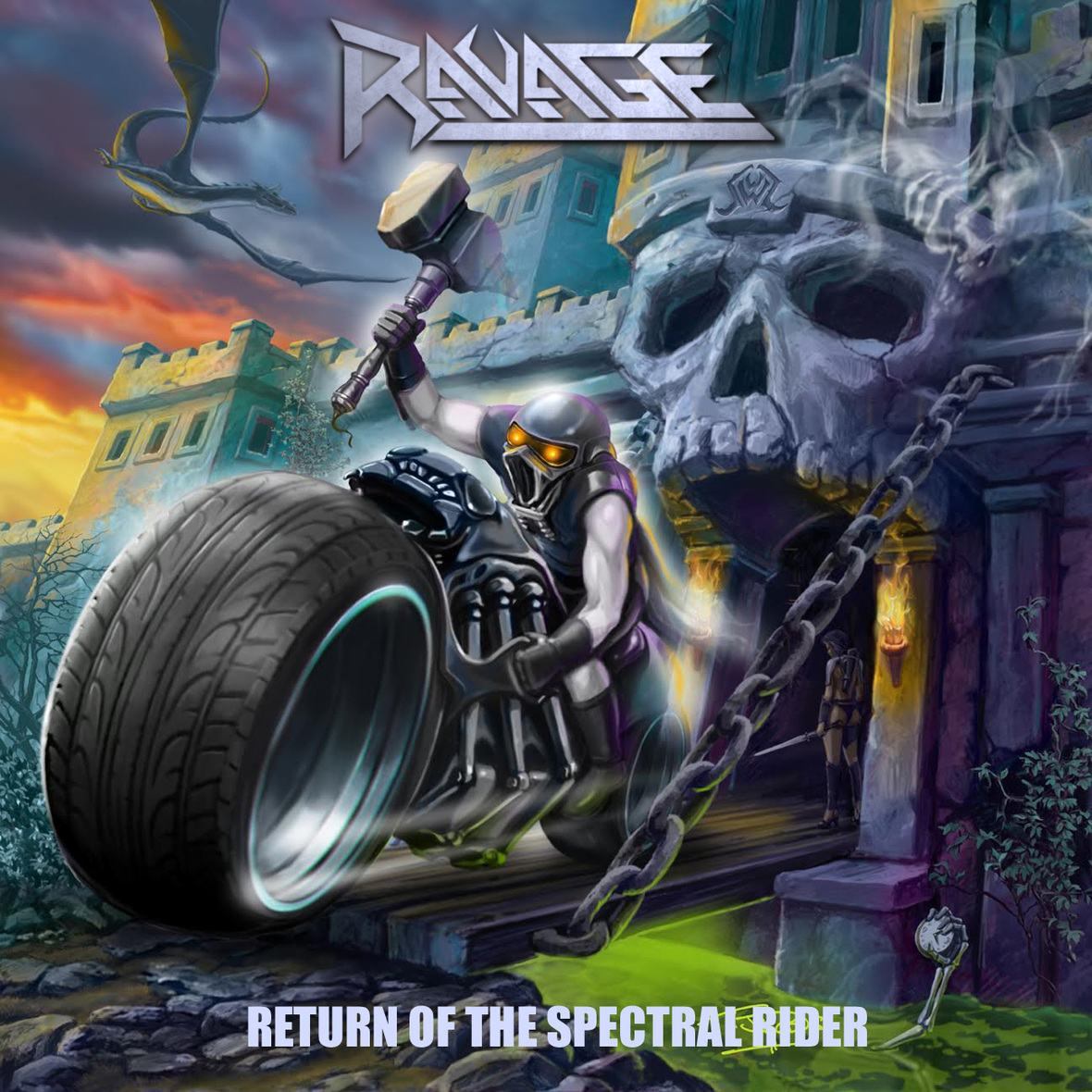 The release is a complete re-recording of the band’s “Spectral Rider” album which was given a limited release in Europe through Germany’s Karthago Records in 2005. New version features a crisp new production quality, a new track-listing, guest appearances and all-new artwork by Tim Jacobus (known for painting the covers of the R.L. Stine’s GOOSEBUMPS and FEAR STREET series of horror novels).

Singer Al Ravage explained the band’s decision to re-record their debut full-length:
[blockquote]Ever since the original version of “Spectral Rider” was released, we hoped to revisit it. There were numerous issues with the production and we didn’t have access to the original tracks so there was no possibility of a remix. The track listing got screwed up before production. The artwork was not well-received. It didn’t receive a lot of promotion. There were just a lot of problems with that release. But at the same time, it featured some of our favorite songs we’ve written and we’ve continued to feature a lot of them in our live set. We felt that adequate time had passed because the original version has been out of print for years and it was actually recorded fourteen years ago. So with our new studio we finally had the opportunity to record the songs properly. We had a blast revisiting this material and it’s great to be able to present these songs to a new generation of heavy metal fans.[/blockquote]

Ravage’s last album “The End Of Tomorrow” was released by Metal Blade Records in 2009.
“Return Of The Spectral Rider” will be the first full-length to appear on the band’s own imprint Society For World Wide Ravage Recordings and will be distributed by CDBaby.com

“Return of the Spectral Rider” tracklisting

For fans of: Traditional Heavy Metal and Thrash