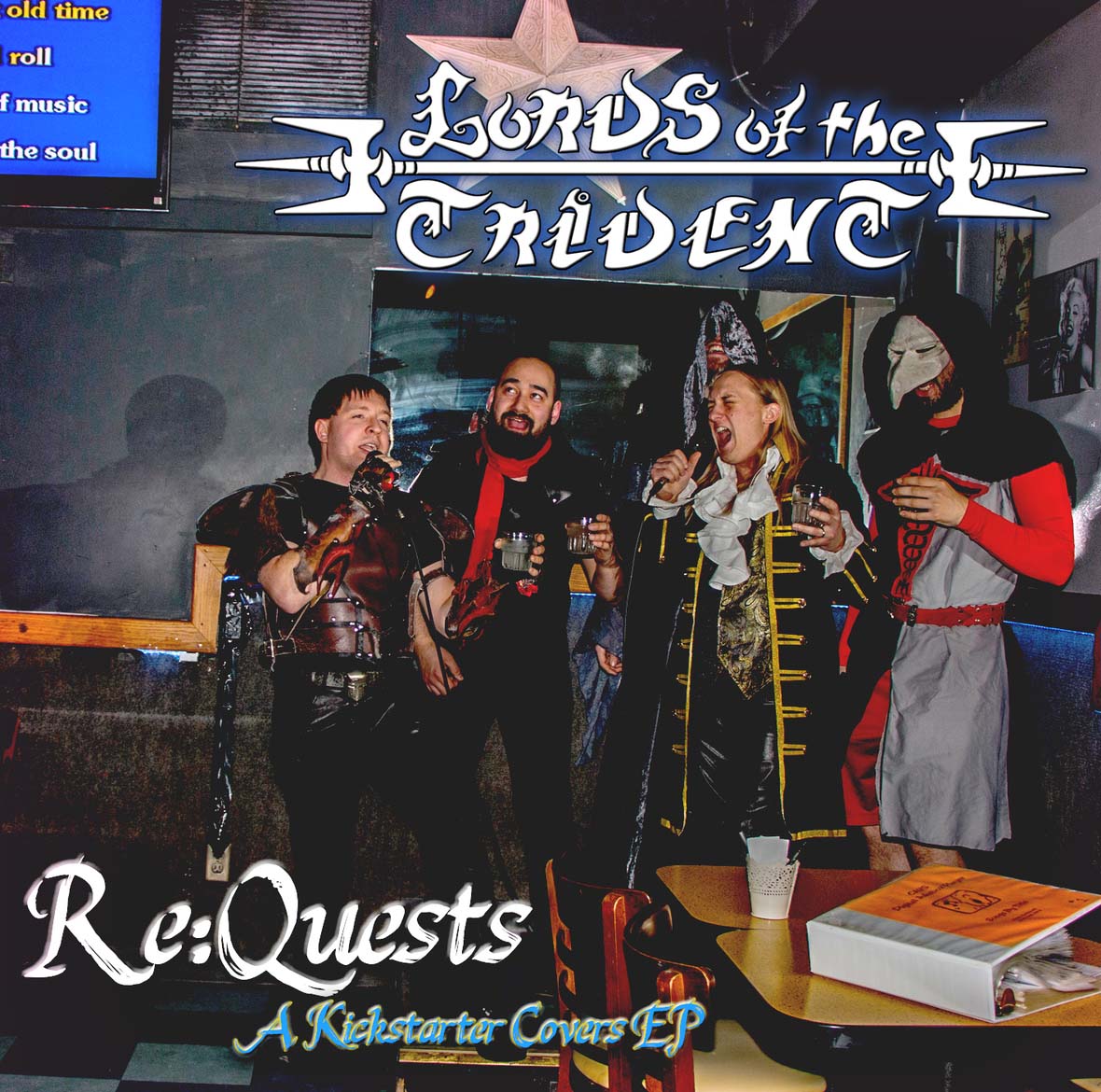 LORDS OF THE TRIDENT announce the release of their new 5 song covers EP titled “Re:Quests“, which will celebrate this holiday season and will be available as a free download on Christmas Day.

Lords of the Trident vocalist Fang VonWrathenstein has checked in with the following comment:

As part of our Kickstarter campaign for the Frostburn cd in February of this year, we offered a pledge level of “make Lords of the Trident play anything you want”. Four people pledged this level, and got to pick a song that we had to cover. This EP is the result of their crazy suggestions!

1. Shine on Me by Chris Dane Owens
Ah, the internet classic by Chris Dane Owens! A more epic music video has likely never been created by anyone – even by us! We ended up contacting Chris Dane Owens to show him our final version, and he said: “You guys did a spectacular job on the track! Vocals = strong, committed and powerful! Guitars = driving, melodic, with killer solos! Bass and Drums = solid, competent with great aggression! The chorus really pays off. Well done. Really like your arrangements as well. I had a smile on my face the whole time. I really dig the way you guys ended the track. Great touch. You did me proud…

2. La Conquista by Mago De Oz
This track was probably the most “metal” request out of all of them. Only one issue – I don’t speak Spanish! According to the person who requested the track, I was able to fumble my way through the lyrics pretty well. Baron Taurean Helleshaar added a touch of oboe to the track, which was exactly what it needed to shine. Our shredder friend Maxxxwell Carlisle added a blistering guest solo on the track – one of my favorites of his so far!

3. Djiva – Beyonce’s “Diva” Cover
Absolutely our hardest track to cover. What do you do when a song has no music – only drums and singing? Why, turn it into a djent cover, of course! That’s why we called it Djiva!

4. Today’s the Day – Inverse T. Clown cover
This song threw us for a bit of a loop. The original song is almost certainly the furthest away from metal that you can get. Nevertheless, we’re always up to the challenge! Bill House of Milwaukee, Wisconsin hard rock band Conniption added some extra meedles & weedles to flesh out an amazing guest solo section!

5. 豆しば！
Last, the original Shine on Me video is one of our favorite things on the internet, so we knew we had to do it justice by not only covering the song, but the video as well!

Watch here “Shine on Me” from “Re:Quests” video: