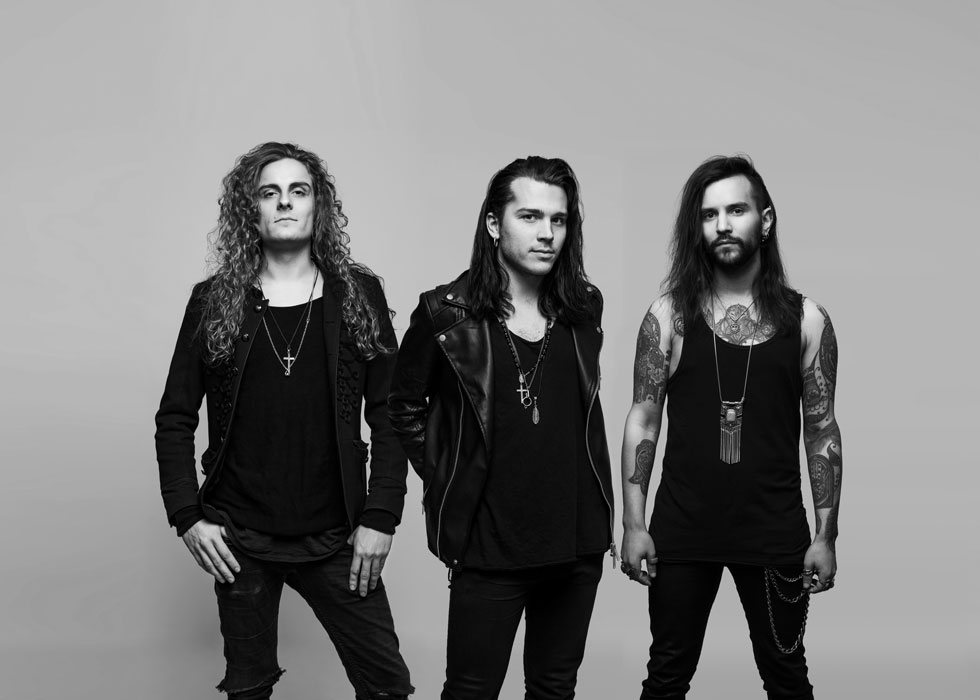 Swedish hard rockers Reach is back, now as a power trio with a brand new album just recorded and mixed, “The Great Divine“. The album has been produced by Jona Tee (H.E.A.T) and mixed by Tobias Lindell (Europe, Avatar, etc.). With a modern sound and strong melodies showcasing, “The Great Divine” will take the listeners by storm. REACH‘s new album is due for release in 2017.

The new material consists of 10 songs. Tracks are written by singer and guitar player Ludvig Turner ranging from the heavy opening track “Into Tomorrow“, the spooky “Nightmare” and the modern and catchy “Running On Empty” to the radio friendly “One Life“. More titles and album cover revealed in near future.

Reach was riginally put together in 2012 by guitarist Ludvig Turner and drummer Marcus Johansson. The band got lots of attention from making their own version of Avicii‘s super hit “Wake me up” – the video has almost 3.000.000 views.

The debut album “Reach Out To Rock” was released in 2015, followed by tours in UK, Sweden and visiting 11 countries in Europe. Ludvig also became known for his singing ability taking part in the Swedish Idol contest 2014. Thus, when starting to prepare for the new album it felt naturally that he picked up the singing as well and playing the guitar. They are now joined by long-term friend and bass extraordinary Soufian Ma’Aoui (We will rock you UK, Gutterdämmerung, Houston).

REACH‘s music can be described as classic rock, and the sound has developed into a more modern sound, still with strong melodies and hooks and showcasing Ludvig’s vocal range capabilities.

Despite their young age they are already experienced live performers. Then band played festivals such as HRH (UK), Frontiers (IT), Download (UK), Väsby Rock (SE), Skogsröjet (SE). 2016 kept them busy writing new material and making a one off festival appearance at Stockholm Rocks Summerfest. And 2017 started off with a UK mini tour in conjunction to the HRH Festival in March.