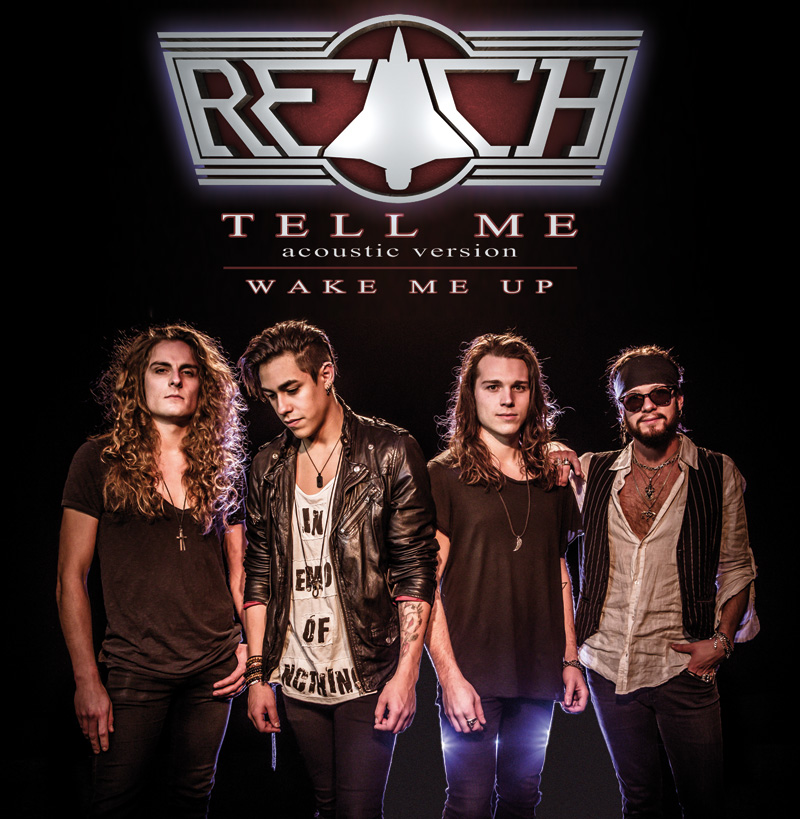 Rome, february 22 – Reach have released an acoustic music video for the song “Tell Me“, which is also the title from their new single and includes their cover version of the song “Wake Me Up” (Avicii), due out on february 17 via Sun Hill Production.

Reach was put together in 2012 by drummer Marcus Johansson and guitarist Ludvig Turner. Together they started looking for band members to complete the group, and found the remaining band members in bass player David Jones and vocalist Alex Waghorn. Among the first thing Reach did to reveal this new rock band was to arrange a hard rock cover of Avicii’s super hit “Wake me up“, in August 2013.

The band released early 2014 a single named “Black Lady” to show their song writing abilities. In December 2014 having secured a deal with Sun Hill Production they released a first single “You Called My Name” from their album “Reach Out To Rock“, which was released on March 4, 2015 via Sun Hill Production/Cargo Records.