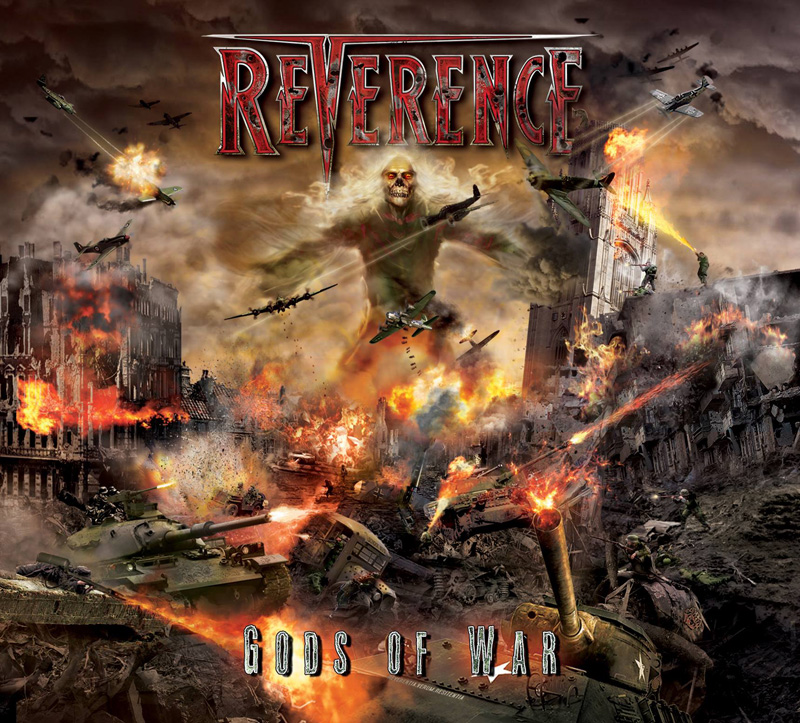 Rome, september 17th – US power metal band REVERENCE will release their new album, “Gods Of War“, on October 21th in Japan via Marquee/Avalon and the rest of the world through Razar Ice Records on November 4th, 2015. The CD cover artwork was designed by renowned artist Jobert Mello of Sledgehamer Graphix (PRIMAL FEAR, SABATON, HYSTERIA).

The band recently released a teaser clip for the song “Race To Obscene“, which will appear on their upcoming album. REVERENCE’s second album will follow their first release, When Darkness Calls, which was released through Razar Ice Records in 2012. The clip below allows fans to get a quick peak of their upcoming album.

Watch the teaser of “Gods Of War” here