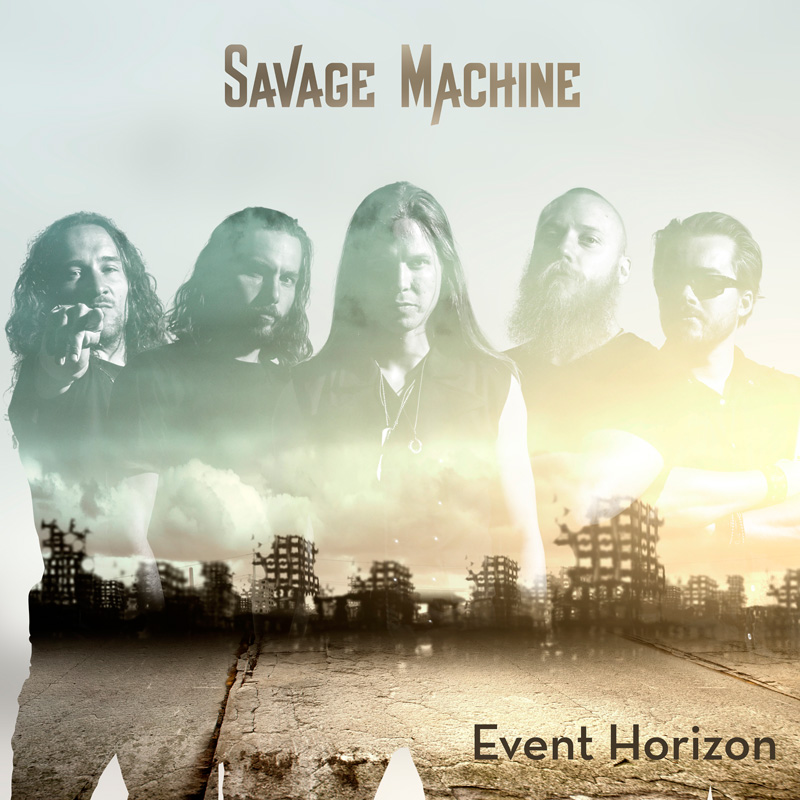 The video is available for streaming and digital purchase on all digital platforms.

With live performances alongside Artillery and DragonForce, it’s easy to see where Savage Machine draws their inspiration. In the summer of 2015 the band finished 5th of 28 acts in the great Wacken Open Air Metal Battle, proving they’re a Metal force to be reckoned with.
Recently Savage Machine went into legendary producer Tommy Hansen’s Jailhouse Studios to cut two singles as forerunners for their upcoming album scheduled for release in the spring of 2016. Tommy, known for his work with Metal pioneers and stars such as Pretty Maids, Jorn and Helloween, is a perfect match for a band that thrives on old school Heavy Metal virtues.
The two singles, which follows the critically acclaimed EP Through The Iron Forrest, will be simultaneously released as a double. First off the no frills, short and aggressive Event Horizon, which is featured on the Fuck You We’re From Aarhus vinyl compilation released by Voxhall. GotFat Productions have produced the accompanying video. The longer running Savior is a faster, heavier beast of a song. Both singles delivers on the bands promise to pick up the gauntlet from the likes of Judas Priest and Iron Maiden.