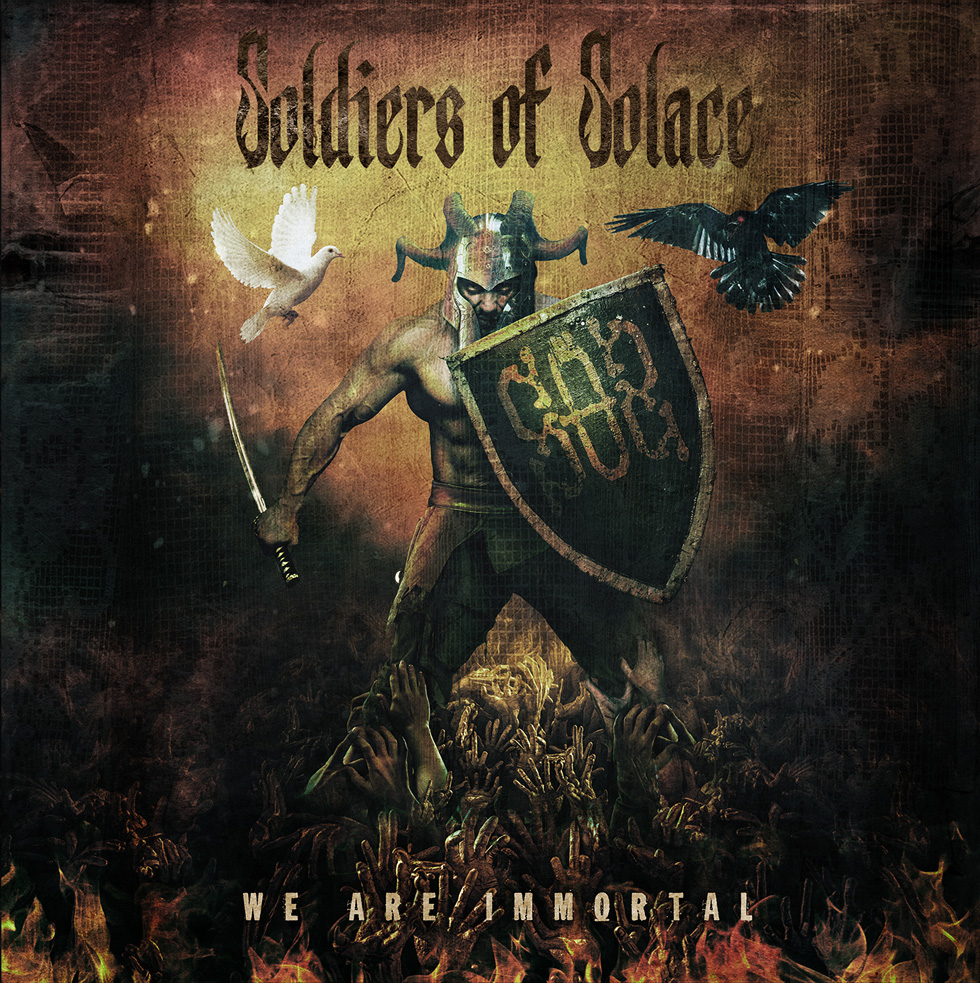 US heavy rockers Soldiers Of Solace will release their debut album “We Are Immortal” on January 26, 2018 via Rock’N’Growl Records. The album includes 10 tracks and was produced by Soldiers Of Solace, recorded at Dexters Lab Recording LLC by Nick Bellmore and Zeuss. All tracks were mixed and mastered by Zeuss.

“We Are Immortal” Tracklist

Watch here the official “We Are Immortal” album video teaser

Soldiers Of Solace is an all original, hard hitting, American heavy rock band, comprised of five members: Jason Longo on vocals, Ron Therrien on bass guitar, Luis Cubille on rhythm guitar, Jeff Fahy on lead guitar and all the way from Italy, Francesco Daniele on drums. The band has shared the mainstage with national acts such as Nonpoint, Jamey Jasta of Hatebreed and Scott Stapp of Creed. With poignant lyrical content, driving riffs, thundering beats, and powerful live performances, Soldiers Of Solace is making their mark on the international music scene and gaining fans and supporters worldwide.