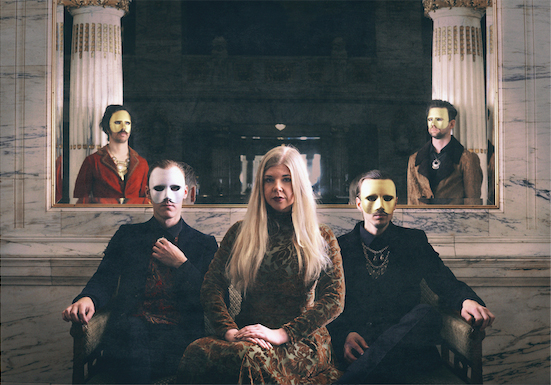 Swedish rockers Spiral Skies releases new song “Danse Macabre“, out of new album. Occult rock quintet Spiral Skies released debut full-length album “Blues For A Dying Planet” on May 18th, 2018 via AOP Records. The impending record will be released digitally and on CD and vinyl with distribution from Plastichead (Europe, USA, World) and Edel (Germany, Austria, Switzerland).
With influences ranging over decades, Spiral Skies has created a sound that can most easily be described as “Rock from another planet”. A unique blend of folk, doom and 70’s inspired rock music. The band has been compared to band such as Jefferson Airplane, Curved Air and The Devil’s Blood, to name a few.

About “Danse Macabre” the band states:

How vain are the glories of earthly life. No matter deed or achievement, class, title or background, in the end, we must all unite and bow before the reaper.