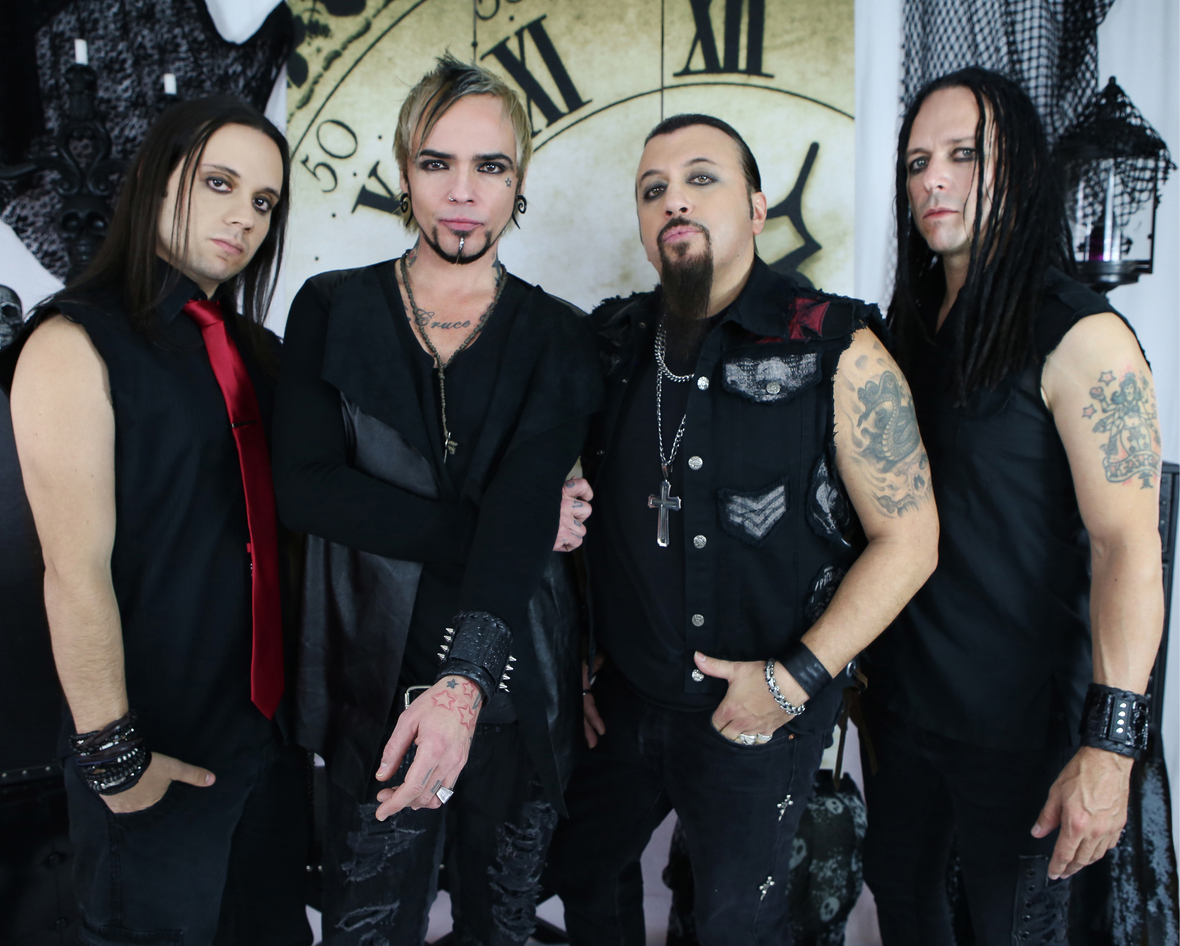 Stereo Satellite plays hard rock music that flirts with alternative rock influences. By melding hook-filled melodies within heavy guitar riffs and hard beats, the band shows their ability to compact a vast array of influence and experience into a signature sound with substance, style, and spirit. Mike Orlando and Lukas Rossi are the architects behind the band’s modern rock-inspired sound – powered by seamless songwriting adeptness that combines a story of both the joys and heartaches of life.

Mike Orlando is no stranger to heartaches, having recently been involved in a tragic accident on July 14, 2017 while on tour in Florida with his former band Adrenaline Mob. The crash occurred when a tractor-trailer veered off Interstate 75 and struck the band’s RV, van, and trailer, which resulted in the death of Adrenaline Mob bassist David Zablidowsky, tour manager Jane Train, and seriously injuring six others.

Orlando said:
[blockquote]Over the past recent months, I have learned a lot about how cathartic music can be, especially after going through such a heinous life-changing tragedy. It’s been a complete uphill battle in even trying to begin to heal physically and mentally. I have a long road ahead for sure and will have to undergo many more procedures and ongoing therapy.” Orlando adds, “I don’t think I’ll ever fully heal mentally but I’ve been moved to write songs again with my brother Lukas who I feel is an amazing songwriting partner, and start this new band along with my brothers John Moyer and Jordan Cannata. I find it really helps me to cope and I can’t wait to share all the music we’ve written and start touring again full-time.[/blockquote]

John Moyer admits to having mixed feelings about the band being dubbed a supergroup:
[blockquote]We hate the supergroup thing because it’s a new band in its own right. But I think it’s important for us to say we’ve been around the rock music scene for a long time and in various ways. Stereo Satellite is a new beginning for us all, and I’m looking forward to sharing our new music with the fans very soon.[/blockquote]

Lukas Rossi concurs, saying:
[blockquote]I can’t wait to release our new songs and perform them live with these awesome guys. Regarding the supergroup thing, look I don’t care what you call us, just call us![/blockquote]

You can Pre-Order the band’s street single “Glass Houses” and their upcoming radio single “My Last Words” on iTunes http://apple.co/2ClPsU9 before the official release date on January 23, 2018. The band will also make their live debut on the ShipRocked cruise on January 23rd.

Furthermore, Stereo Satellite is running a PledgeMusic campaign where you will have access to EXCLUSIVE PLEDGE-ONLY items, such as signed albums, VIP tickets, bundles, one of a kind signed instruments, lunch with the band and/or have the band come to your house for a show especially for you! Plus, the band will give fans an exclusive insight into the process of making the new album with behind the scenes videos, photos, rehearsals, streamed sessions, and live Q&A. Visit their Pledge store www.pledgemusic.com/stereo-satellite and sign up to keep updated on the band’s progress and the making of their new Album!