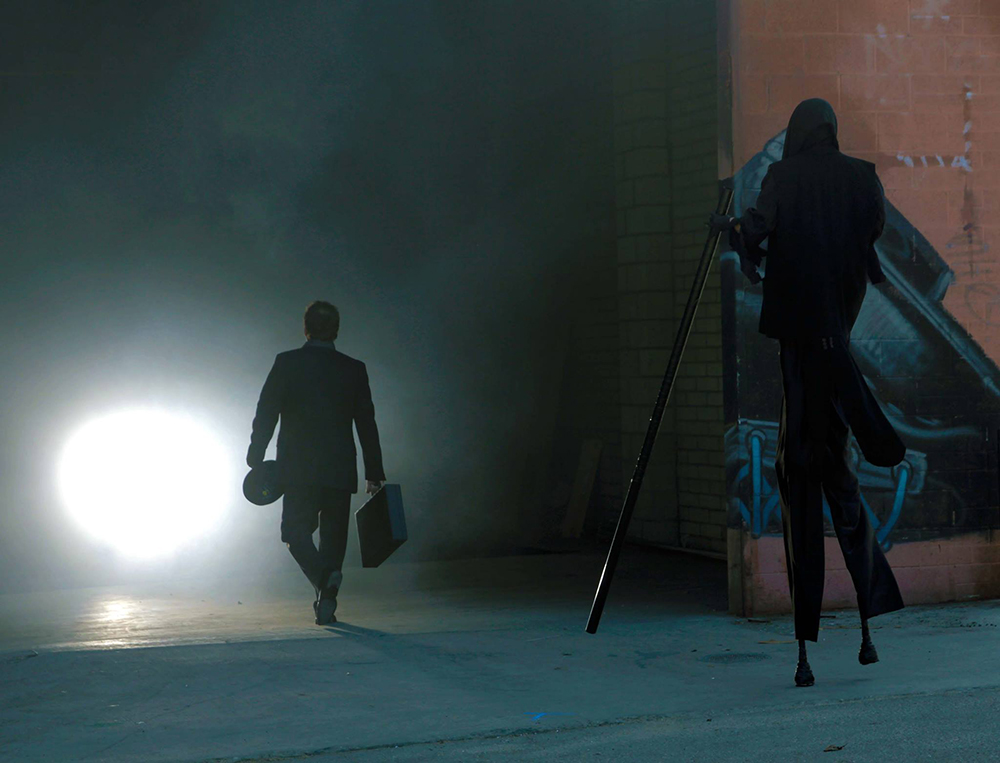 August 4, 2017 – Los Angeles,CA – Steven J. Vertun has released “Radio“. It is the second music video, off of his February 2017 released album “Ghost, Shadow and Sun“. “Radio” was directed by Matt Zane and expands upon the ongoing discussion on the destructive impact of technology.

Steven J Vertun says:
[blockquote]I wrote and created “Radio” the song and later the accompanying video, to bring consideration to the destructive nature of social technology to society in general. The isolation, friction, stimuli overload amidst the relentless clatter and clang is overwhelming social graces and human to human interaction. That said, the video demonstrates a way out and above the chaos.[/blockquote]

Born and raised in the NY/NJ region of the US, a “behaviorally challenging” 5-year-old is presented with the choice of choosing any instrument he’d like to learn to play as the latest volley from an exhaustive list of attempts to “get him under control”. Said chaotic child picks the accordion because he likes the complexity of all the buttons, knobs and keys. Kid learns the keys; the “sedating” thing fails spectacularly. Music creation and playing does become his very best friend however and highly contributes towards keeping him out of prison and remaining vertical during his formative years.

Steve has been crafting original rock material exclusively since he picked up his first guitar (actually since his first day on the accordion). His music is a blend of 70’s, 80’s, 90’s and 2000’s influenced alternative rock, progressing over the years but carrying forward the roots of each generation of music and adding to the next. The wide range of explorations covers acoustic ballads to medium paced excursions to high energy, wall of sound big bangs. Some of the bands he notes as being highly influential are Springsteen, Pink Floyd, The Doors, Rush, U2, Live, LifeHouse, Foo Fighters, Switchfoot, Snow Patrol, Imagine Dragons and others.

In November of 2016, Steve completed his first music video to coincide with his latest CD release “Ghost, Shadow and Sun“. The video is tethered to the song “Ghost” from the new cd. It is an artistic, emotionally moving message piece based on the concepts of grief and redemption. The entire CD is available for purchase on I-tunes, CDbaby.com and most major music e-sites.

A minimum of 30% of all music sales revenues will be donated to a variety of organizations including St. Judes Hospital and Wounded Warriors.