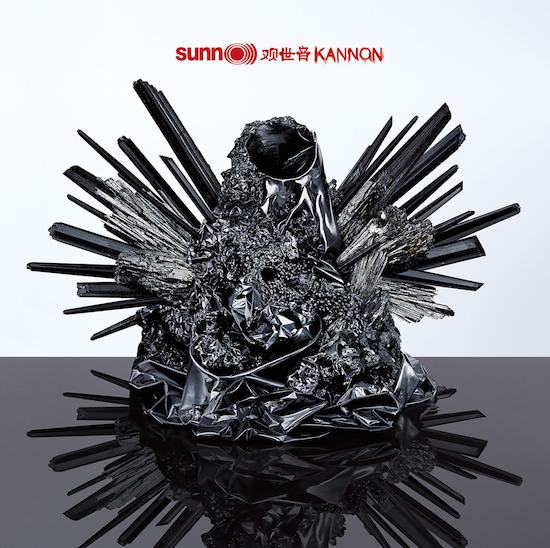 Rome, november 5 – SUNN O)))‘s upcoming LP named “Kannon” is about to be released in December via Southern Lord, and this week the album’s cover art and preorder options have been announced.

Consisting of three self-titled pieces of a triadic whole, the roots to SUNN O)))’s new album trace deeply into the sessions of their 2009-released Monoliths & Dimensions LP and very recent collaborative recordings with Ulver (Terrestrials, 2014) and Scott Walker (Soused, 2015), culminated and fully realized this year. Recorded and mixed with SUNN O)))’s close colleague and co-producer Randall Dunn at Studio Litho, Aleph and Avast!, Kannon is as always composed around the immense guitar and bass interplay of founders Stephen O’Malley and Greg Anderson, and includes performances by long term allies and collaborators Attila Csihar, Oren Ambarchi, Rex Ritter, Steve Moore and others.

The literal representation of “Kannon” is as an aspect of Buddha: commonly known as the Guanyin Bodhisattva (Chinese: 觀音菩薩) amongst a plurality of other forms. There is a rich lineage behind this idea tracing back through many Asian belief systems, with as many names and cultural personifications of the idea.