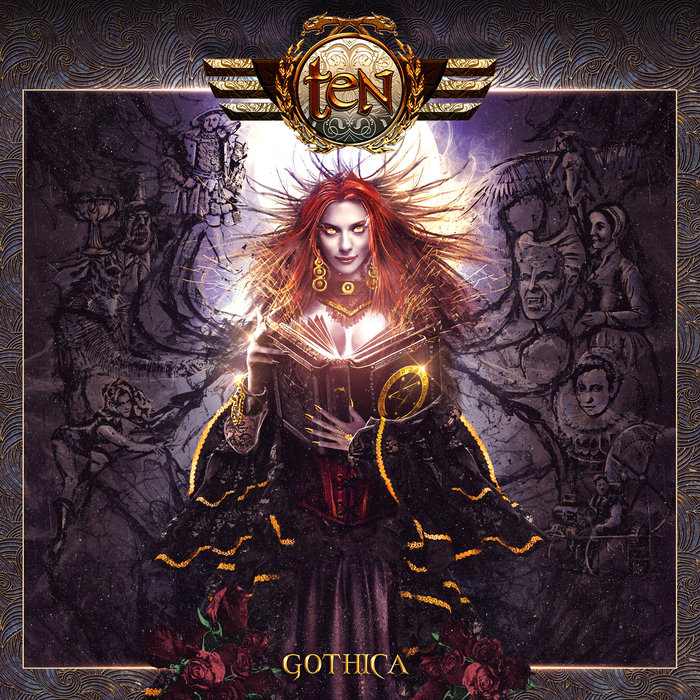 Melodic hard rock band TEN announced the release of “Gothica” on July 7, 2017 via Frontiers Music Srl. The highly anticipated new album promises to be one of their strongest collection of songs to date. It is full of all the trademark textures and flavors we have come to expect from TEN. “Gothica” renews TEN‘s longstanding association with the Frontiers label and proudly displays all the hallmarks of classic TEN albums. It is going to be a legacy forged over a career spanning 22 years and counting.

Of the album, Gary says:
[blockquote]I am extremely pleased with the collection of songs on “Gothica” as they feel like they belong together. The band are firing on all cylinders once again and it is a gift to the army of fans everywhere who have relentlessly supported us over the years. It is ironically fitting that our 13th studio album should be a little more sinister, at the same time retaining all the commercial traits usually associated with a Ten album.[/blockquote]

Following their success on the recent albums “Albion” and “Isla De Muerta“, Gary Hughes is joined once again by guitarists Dann Rosingana, Steve Grocott and John Halliwell along with bass player Steve McKenna, keyboard maestro Darrel Treece-Birch, and drummer Max Yates. On their third outing as a collective unit, the musicians in TEN have raised the bar even higher than they had previously. The album is full of stunning guitar work over a rich keyboard, bass, and drum tapestry with Hughes’ vocals once again bringing the nuances of the intricate lyrics to life.

“Gothica” was produced by Gary Hughes and mixed and mastered by Dennis Ward. TEN‘s longstanding professional association with Dennis has been ongoing since he mixed their 2011 album, “Stormwarning”.

Additionally, the album features stunning original artwork by Stan W. Decker. Depicting a beautiful enchantress reading incantations from a book whilst summoning shadowy characters from its pages. Stan has cleverly illustrated the piece in order to portray the characters emerging from the books pages as the actual characters from the songs on the album. The atmospheric sleeve photography is once again provided by Adrian Ashworth.

Frontiers is proud to be working with the legendary TEN again and looks forward to sharing this stunning new album with the band’s fans around the globe!