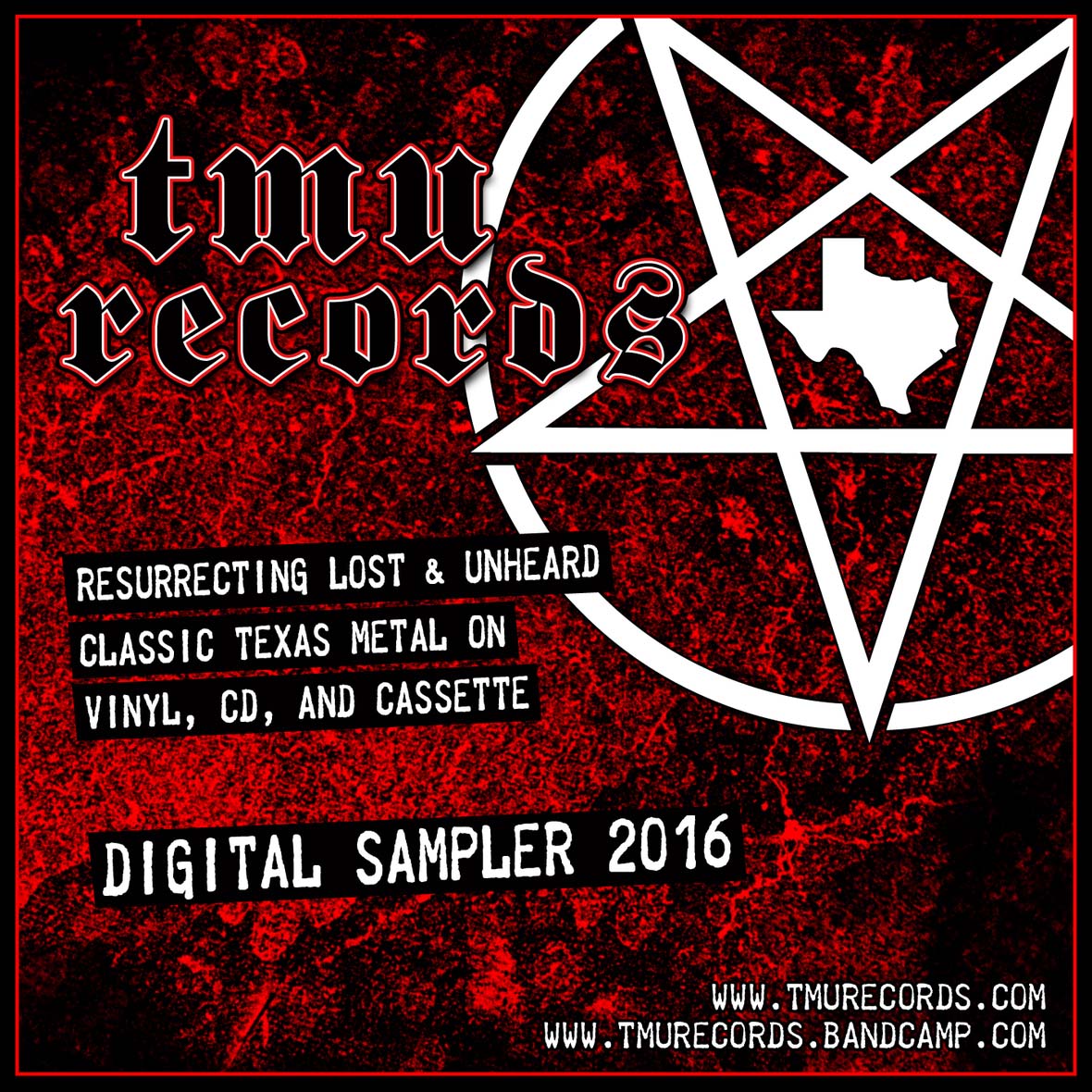 As the label said:

Since 2008, TMU Records has been unearthing lost and unheard musical gems from the fertile underground Texas metal scene of the mid 1980’s through the early 1990’s. To preserve and share this heavy musical legacy, the label focuses primarily on bands who burned bright, briefly, but disappeared without a trace before anyone could take much notice. Bands who managed to get a demo recorded but for reasons unknown never shared it beyond a close circle of friends and fans. Whether on vinyl, CD, or cassette, all TMU Records releases are given lavish treatment with custom packaging, unseen photos, show flyers, interviews, informative booklets, rare bonus tracks and extras for the denim and leather die-hards.
For 2016, look for upcoming deluxe vinyl releases from Karion, Las Cruces, Bad Heaven, SSR, and more!