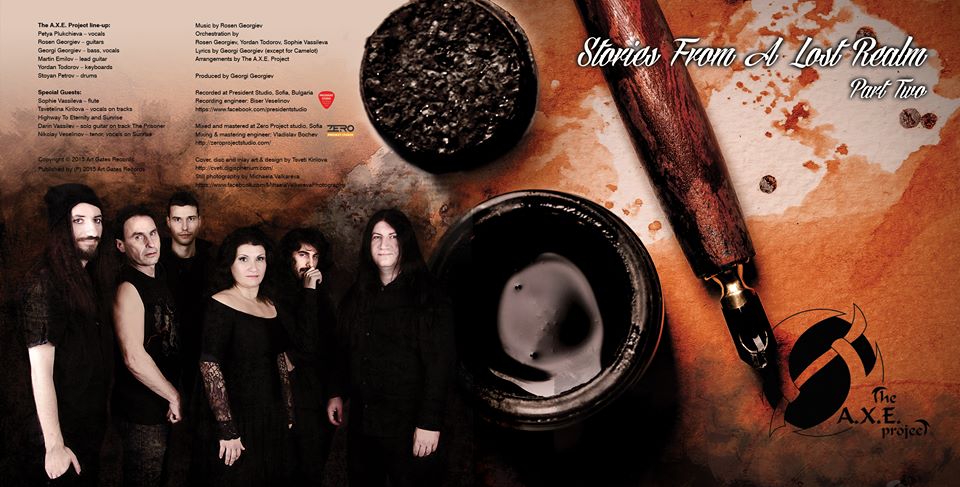 Rome, october 23 – Bulgarian six-pieced combo The A.X.E. Project are about to release awaited new album in the next months worldwide. The band released the official video-teaser extracted from the new album named “Stories Of A Lost Realm: Part Two“, where you can taste the sound of this new opus.

The album has been recorded at President Studio – Sofia mixed and mastered by Vladimir Bochev, Zero Project Studio – Sofia, produced by Georgi Georgiev.