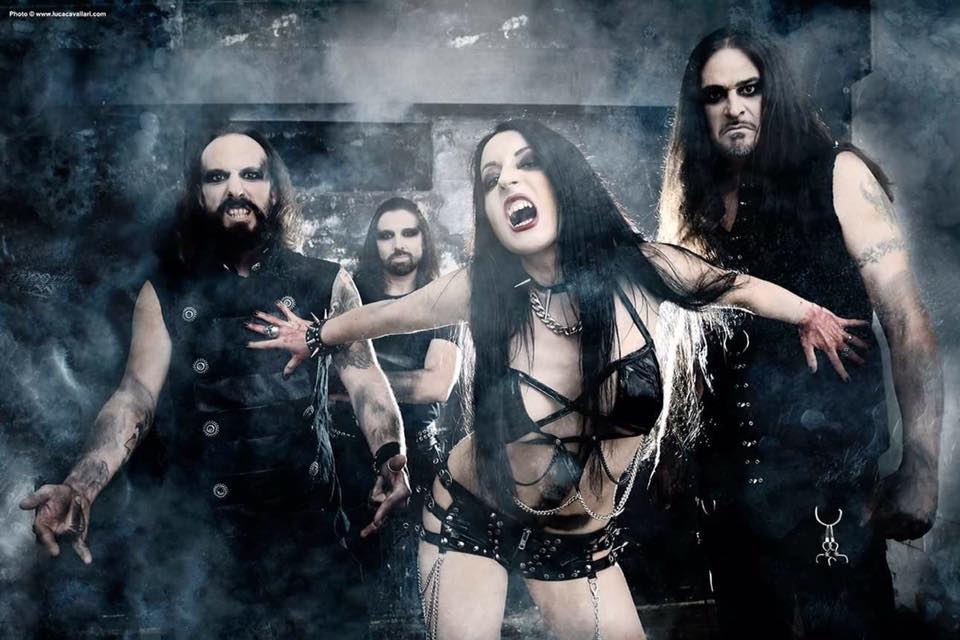 Italian “vampiric metal” legends Theatres Des Vampires have revealed the details of their upcoming album “Candyland“, which will be available starting from October 14th on Scarlet Records. The band has also announced a very special guest appearance by legendary MOONSPELL frontman Fernando Ribeiro on the song “Seventh Room“.

“Candyland” tracklist is as follows:

Theatres Des Vampires is an Italian Gothic Metal band with strong symphonic influences, formed in 1994 and renowned for the predominant theme of vampirism in their lyrics. “Candyland” has been inspired by a room of the infamous Pennhurst asylum in Pennsylvania, a room which was different from all the others, with colored walls and bars on the windows, described as hell on earth by the patients of the facility, where adults and children with severe mental problems have been hidden from the public eye for decades. “Candyland” was the name of that room. Obsession and madness characterizes Theatres Des Vampires‘ latest work, their sound is forceful and sensual at the same time, pervaded with those wistful and melancholic bursts which the band is renowned for.