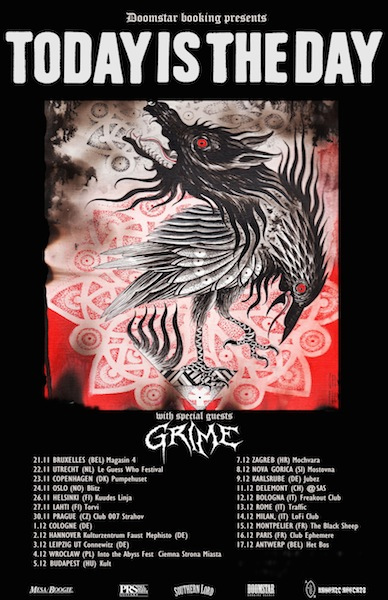 Rome, november 24 – Today Is The Day are soon to embark on a whole month of live dates in Europe with the savage Italian four piece Grime as main support.