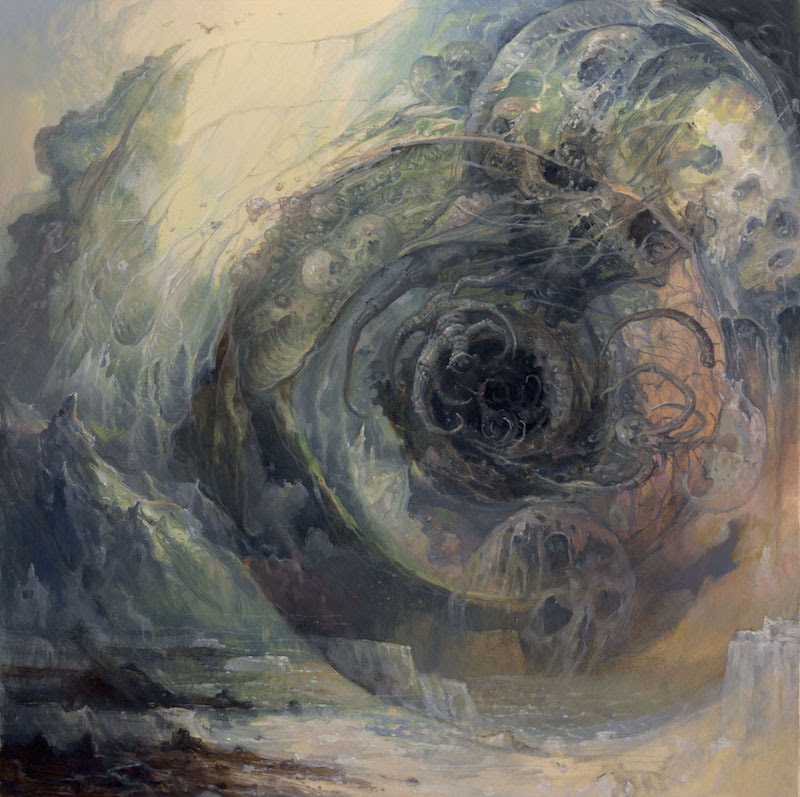 Rome, october 23 – Details of “AION“, new album from WOWS, are now being revealed. “AION” is an album highly recommended to fans of CULT OF LUNA, INTER ARMA and NEUROSIS.
Born in 2008 in Verona, Italy, WOWS create a unique and huge sound, giving life and form to a majestic monster (or divine creature), where low frequencies, heavy guitars and complex drums patterns are only a part of the outstanding proposal of the band, made of progressive atmospheres, sludge assaults and post metal vibes. The stunning cover artwork is realized by the talented artist Paolo Girardi, mostly known for his works with bands as Inquisition, Manilla Road and many others.