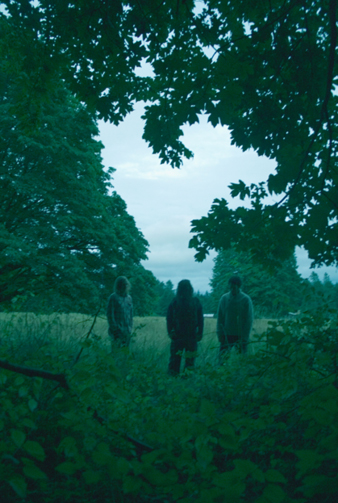 Rome, may 20 – Wolves In The Throne Room will re-release their 2006 debut album “Diadem Of 12 Stars” through their own Artemisia Records on 17th June.

Described by guitarist Nathan Weaver as the rawest and most “punk” of their five full-length releases “Diadem Of 12 Stars” was recorded live to tape in Oakland by Tim Green. Joined in the studio by Jamie Myers (Hammers Of Misfortune, Sabbath Assembly) and Dino Sommese (Asunder, Dystopia), every song was rendered in one or two takes and the album was mixed without the aid of a computer. Originally released on a small DIY label and unavailable physically for many years, this reissued version has been carefully remastered by Jason Ward at Chicago Mastering Service. The band redeveloped every photograph from the original negatives, creating richer, high quality prints in order to present the artwork as originally envisioned.

“The Diadem Of 12 Stars” reissue will be released on CD, 2xLP, Cassette and all Digital formats. Wolves In The Throne Room will follow the reissue with their first live performances since mid-2014 this September, with two weeks of shows currently confirmed and more to be added in the coming weeks.