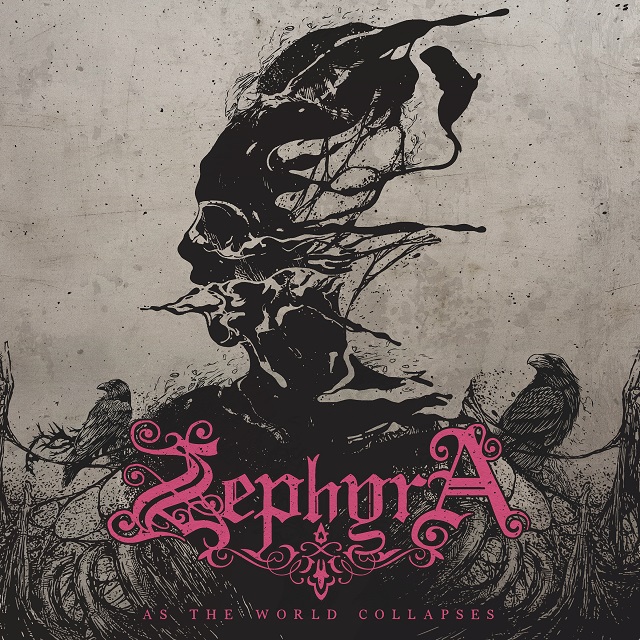 Rome, june 28 – Zephyra‘s second full length album “As The World Collapses” was recorded in the last quarter of 2015. It will be released on August 5, 2016 via Inverse Records. With the new album, Zephyra wants to show a bigger and more atmospheric sound than before, heavy and rhythmic, with keyboards and Åsas full ranged, diverse vocals. Four piece metal band from Borås, Sweden, with Åsa’s distinctive female vocals, provides a wide sound in the metal genre, with the roots in thrash and melodic death metal.

A first video “Words Of A Demagogue” from the new album, directed by Greenworks in Gothenburg, was released in June 2016.

Since the official start back in 2011, the band has released a couple of EPs, played shows around Sweden, done live shows on the radio, and frequently been aired in american and british radio shows. After signing a record deal in 2014, the debut album “Mental Absolution” was released world wide on Wormholedeath label. The album received positive reviews and was followed up by two official videos.

“As The World Collapses” Track listing

Watch here “Words Of A Demagogue” from “As The World Collapses”