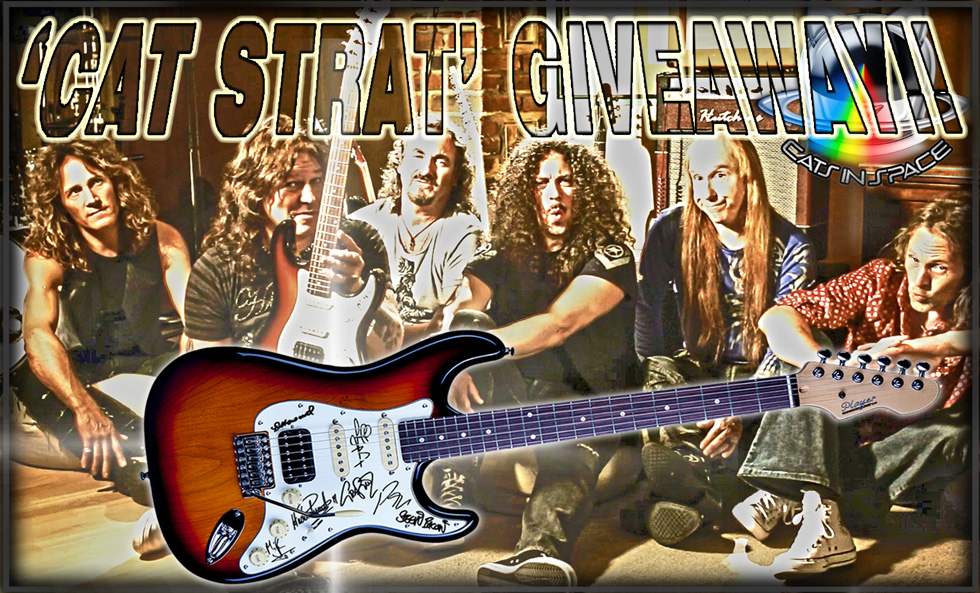 Rome, september 8 – Do you want to win a stratocaster? Then all you need to do is to go to www.catsinspaceband.com and grab an album package or share any of Cats in Space videos on your Facebook page, you will be entered into the free prize draw-which will take place in time for Christmas. The winner will receive a Levinson guitar, a player model from the TEXAS PTE-2 Blade Series.

Cats in Space debut album “Too Many Gods” is released worldwide in October 30, 2015 via Harmony Factory/Cargo Records. It will be available in limited 12″ deluxe gatefold vinyl and also as a replica LP compact disc and digital download.
The band recently released a debut single, “Mr. Heartache“. Co-written by founder member and guitarist GREG HART and MICK WILSON (10cc), it also featured a guest appearance by legendary Glam Rocker ANDY SCOTT from THE SWEET on both vocals and guitar.